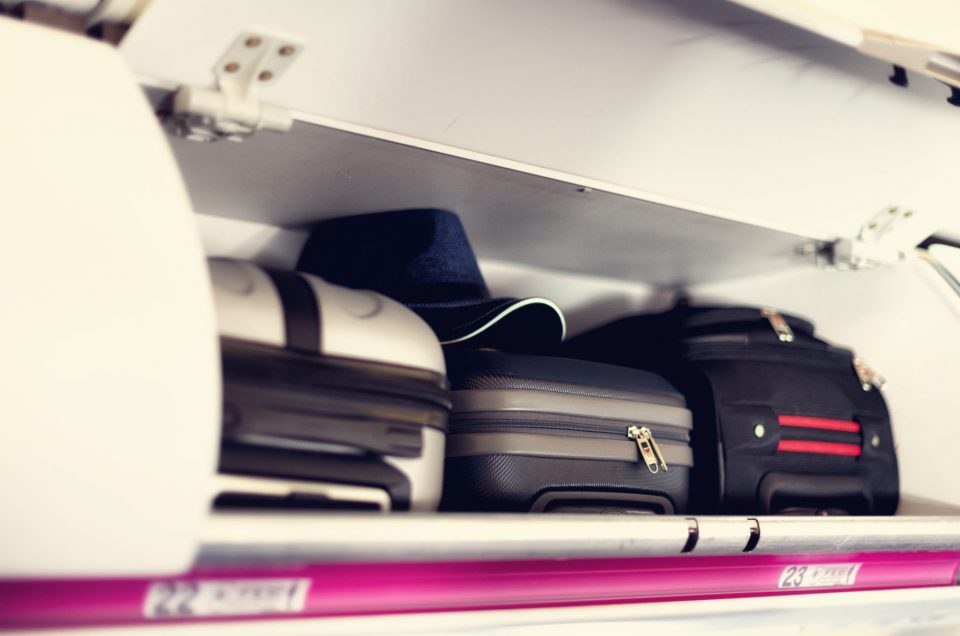 Airlines spend a great deal of time, energy and money competing against each other for your travel dollars and loyalty, even though high fares and excessive fees often make it seem like they’re in cahoots to make sure your journey is a frustrating, expensive nightmare.

But sometimes the industry works together to take global action in your favor.

At the International Air Transport Association’s recent annual meeting, the industry trade group passed a handful of resolutions aimed at making the passenger experience better for everyone. Two of the resolutions that might make a noticeable difference on your next flight, and on flights into the future, address bag tracking and accessibility for people with disabilities.Better baggage tracking. Fewer lost bags.

Most frequent travelers can share a story or two about a checked bag that got mangled, arrived days late or went missing. But while passenger numbers soared 64% between 2007 and 2017, information technology company SITA found that the bag mishandling rate per thousand of passengers fell by 70.5%.

“More bags makes things more challenging,” said Peter Drummond, SITA’s director of baggage. “Everyone across the industry needs to look beyond the process and technology improvements made in the past decade and adopt the latest technology such as tracking to make the next big cut in the rate of mishandled bags.”

Right now, most airlines use bar code technology to track bags along the journey. But some airlines, such as Delta, have switched to RFID (radio frequency identification) tracking, a form of wireless communication used to track objects with an embedded RFID chip.

IATA considers RFID tracking to be a more cost-efficient method to achieve the industry’s target of 100% bag tracking. And at its annual general meeting, IATA adopted a resolution supporting the global deployment of RFID.

“Passengers want to arrive with their bags. And on the rare occasion when that does not happen, they want to know exactly where their bag is,” said Alexandre de Juniac, IATA’s director general and CEO. “Deploying RFID and adopting modern baggage messaging standards will help us to cut mishandlings by a quarter and recover bags that are mishandled more quickly.”

While the industry has already seen a 46.2% cut in the annual cost of baggage mishandling due to better tracking, IATA estimates industry-wide adoption of RFID bag tracking will see a return on investment of over $3 billion to the industry.Smoother travel for passengers with disabilities

About 1 billion people – 15% of the world’s population – live with some form of disability.

The World Health Organization expects this number to rise due to aging populations, the spread of chronic diseases, better measurement tools and refinements in the definition of what constitutes a disability.

Of course, people with disabilities are also travelers. An Open Doors Organization market study from 2015 found that adults with disabilities spend $17.3 billion annually on their own travel. ODO said since these individuals typically travel with one or two other adults, the economic impact is at least doubled, to $34.6 billion.

But air travel poses a myriad of challenges for people with disabilities.

Note: Southwest’s figures do not include any manual wheelchairs. American said the way it accounted for the number of wheelchairs enplaned may not have been consistent across all of its operating units and its code sharing partners during the period studied.

For example, between Dec. 4 and Dec. 31, 2018 (the first month the Department of Transportation required airlines to track this category) major U.S. carriers mishandled more than 700 wheelchairs and scooters, more than 2% of the 32,229 mobility devices loaded on airplanes.

“That’s 25 people a day who may have been stranded, unable to work or participate in a family activity,” said Chris Wood of Flying Disabled.

Noting that improving the air travel experience for people with disabilities is not only “the right thing to do,” but good for business, IATA also passed a resolution committing airlines worldwide to ensuring that passengers with disabilities have access to safe, reliable and dignified travel.

An elderly Southwest Airlines passenger needing assistance is pushed through the terminal in a wheelchair supplied by the airline company at Albuquerque International Sunport in Albuquerque, New Mexico.Robert Alexander | Getty Images

The industry trade group said its aim is to change the focus “from disability to accessibility and inclusion” by bringing the travel sector together with governments to “harmonize regulations and provide the clarity and global consistency that passengers expect.”

In its resolution, IATA says one option under consideration is developing standard practices worldwide for loading passengers’ moblity aids.

The resolution has the ability to enhance the passenger experience not only for people who currently have disabilities, but also for those in years to come, said Eric Lipp, founder and executive director of ODO.  Organization.

“Most importantly,” said Lipp.“This is the first time IATA has recognized this on an international level. And this is in good timing with the UN Convention on the Rights of Persons with Disabilities. Globally the time is right. ”