5 underrated tourist destinations in Africa to explore in 2020 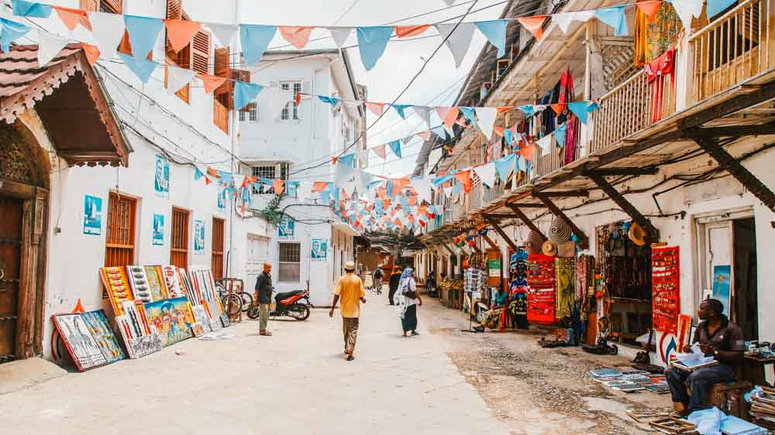 Back in 2018, Africa was ranked as the second least visited continent in the world with only 5% of the world’s international visitors coming this way.

Knowing how much tourism can contribute to the continent’s Gross Domestic Product (GDP), and general development, in addition to the fact that Africa has some pretty spectacular spots, it is important that we showcase our hidden gems.

Here are five underrated tourist destinations in Africa to explore in 2020:

Hidden away is Stone Town, also known as Mji Mkongwe, designated as a United Nations Educational, Scientific and Cultural Organization (UNESCO) World Heritage Site in 2000. It is located in the old part of Zanzibar City, on the western coast of Unguja, the main island of the Zanzibar Archipelago.

Back in the 19th century, it served as the centre of the spice and slave trade. You can take a trip down memory lane by visiting historical buildings like The House of Wonders/Palace of Wonders, The Old Fort, The Old Dispensary, The Palace Museum and The Forodhani Gardens, a recently restored small park with a tourist-oriented market.

It is the best place to visit if you are the type of tourist that likes to take in a place by walking around as almost anywhere within the town can be visited on foot.

Don’t forget to take pictures with the famous Zanzibar doors.

People travel all the way to Dubai and other parts of the world to see dunes. Unknown to them, they can be found right here in Sossusvlei, Namibia. Sossusvlei is home to high red dunes, located in the southern part of the Namib Desert.

Sossusvlei is a salt and clay pan said to have been created by the Tsauchab river that flows through the Sesriem Canyon every 5 to 10 years.

Explore the Dead Vlei filed with strangely enchanting dead trees, watch the sunset at the Sesriem Canyon, climb dunes in The Namib Desert and look out for the occasional springbok or ostrich.

The Bazaruto Archipelago is a group of six islands hidden away off the coast of southern Mozambique.

Due to its isolated location, it is the perfect place to visit when you need to get away from the hustle and bustle.

This is one of Africa’s oldest National Parks located at the Republic of the Congo, which is not to be confused with the Democratic Republic of Congo (DRC).

It was first protected in 1935 and officially designated in 2001. It suffered at the hands of poachers and was neglected for many years until the United States Fish and Wildlife Service, Wildlife Conservation Society (WCS), and the World Wide Fund for Nature entered into a five-year, $10 million agreement.

The park houses about100 mammal species including the western lowland gorilla and African elephant, 440 bird species, crocodiles, lizards, frogs and a variety of insect species, including ants, bees, butterflies, and even termites.

Sitting on the hills in Algiers overlooking the Mediterranean sea is a beautiful neighbourhood known as the Cabash or Kashah.

Built in the 16th to 18th century, this city is recognised as a UNESCO world heritage site because of “the remains of the citadel, old mosques and Ottoman-style palaces as well as the remains of a traditional urban structure associated with a deep-rooted sense of community.”

Back in August 2008, Reuters reported that the Casbah was at risk of collapse as a result of age, neglect and overpopulation.

One of the elderly craftsmen said, “We have to save craftsmen working inside the Casbah because it’s falling into ruins. We need to restore this area. We urgently need help, without help, handicraft is going to disappear. Several types of crafts have already disappeared, like the copperware, or the ornament makers.”

Right now, it is still available to be explored and revenue from tourists can be used to save the place.

Did you think we would make a list and not have our wonderful Nigerian spots on it?

5 underrated tourist destinations in Africa to explore in 2020