5 Most Magnificent Palaces In The World

Palaces are often built with the intent to show off the wealth and splendour of royalties.

The first palace on the list was so spectacular that it inspired some other royalties to build theirs in response, meanwhile, the last on the list inspired Disney’s Cinderella castle. 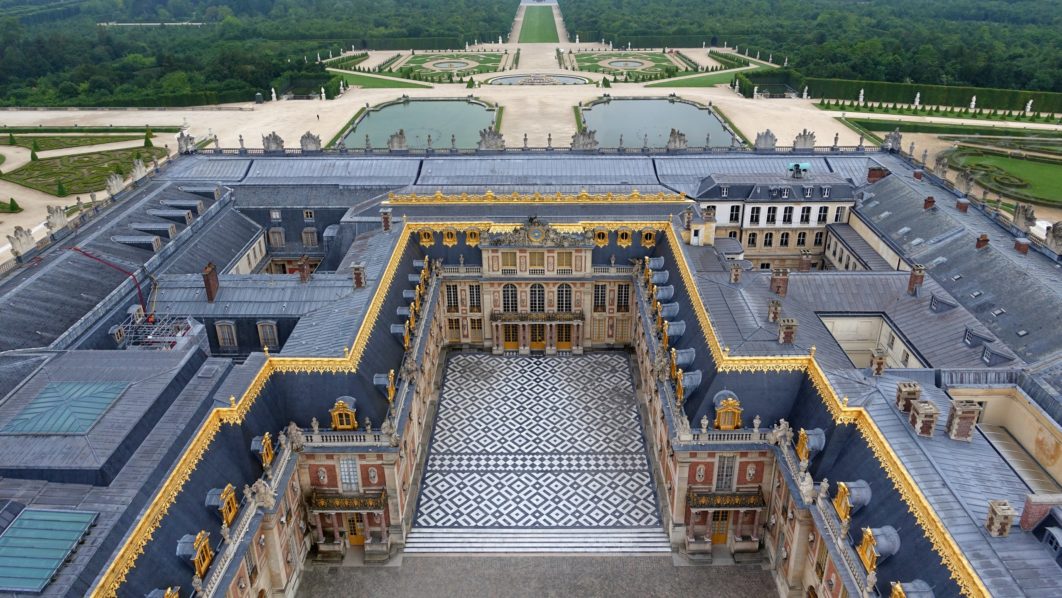 The Palace of Versailles also known as Château de Versaille in French was the principal royal residence of France from 1682, under Louis XIV, until the start of the French Revolution in 1789, under Louis XVI.

Versailles was originally a hunting lodge, built in 1624 by Louis XIII.

It is located in the department of Yvelines, in the region of Île-de-France, about 20 kilometres (12 miles) southwest of the centre of Paris.

The palace is now a historical monument and UNESCO World Heritage site. In 2017 the Palace of Versailles received 7,700,000 visitors making it one of the most visited monuments in France. 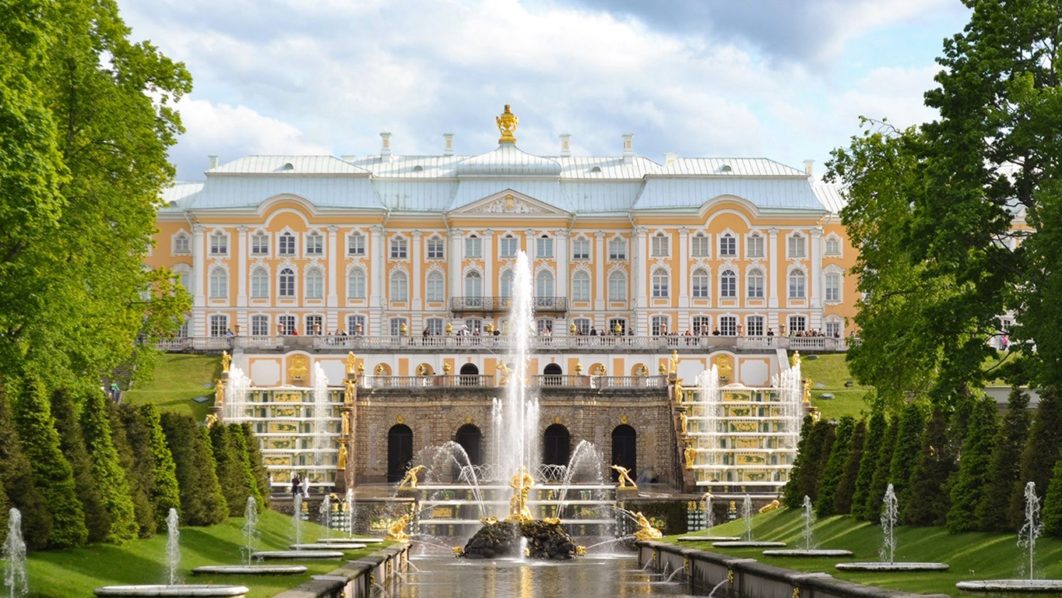 Peterhof Palace is a series of palaces and gardens located in Petergof, Saint Petersburg, Russia. It was commissioned by Peter the Great as a direct response to the Palace of Versailles by Louis XIV of France.

Originally intending it in 1709 for country habitation, Peter the Great sought to expand the property as a result of his visit to the French royal court in 1717, inspiring the nickname used by tourists of “The Russian Versailles”. 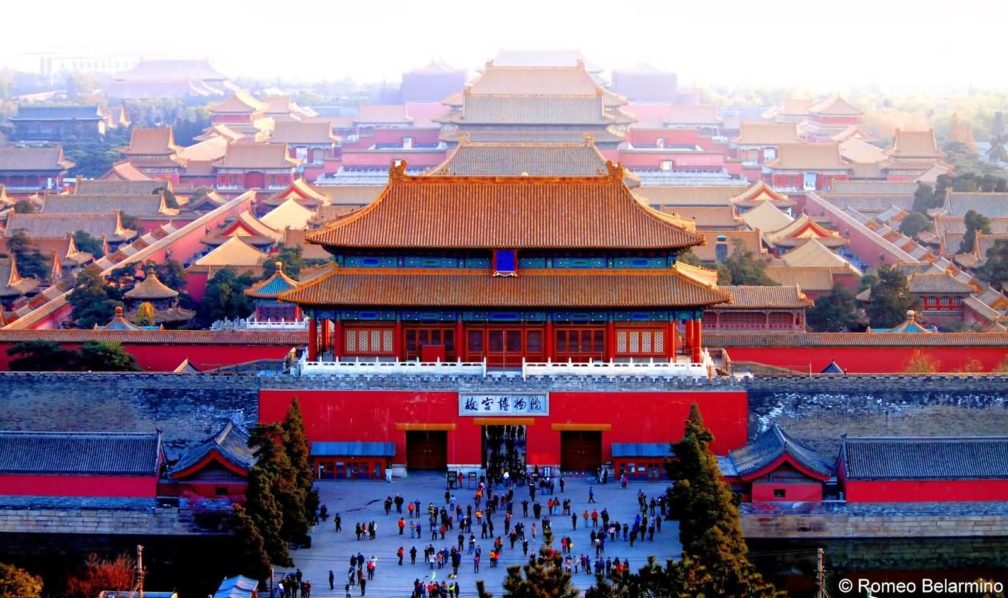 The Forbidden City served as the home of Chinese emperors and their households and was the ceremonial and political centre of the Chinese government for almost 500 years. Constructed from 1406 to 1420, the complex consists of 980 buildings and covers 72 hectares (over 180 acres).

The Forbidden City was declared a World Heritage Site in 1987 and is listed by UNESCO as the largest collection of preserved ancient wooden structures in the world.

A summer retreat for the Hapsburg rulers of Austria (especially during the reign of Maria Theresa), the Schönbrunn Palace in Vienna was built by Emperor Leopold I between 1696 and 1712. This Rococo palace with its 1441 rooms is the most-visited site in Austria.

The Palace Park offers a lot of attractions, such as the Privy Garden, the oldest zoo in the world, a maze and labyrinth, and the Gloriette (a marble summerhouse) situated on top of a 60-meter high hill.

UNESCO catalogued Schönbrunn Palace on the World Heritage List in 1996, together with its gardens, as a remarkable Baroque ensemble and example of the synthesis of the arts.

Schönbrunn is Vienna’s most popular tourist destination, attended by 3,800,000 visitors in 2017. The whole Schönbrunn complex with Tiergarten Schönbrunn, Palmenhaus, Wüstenhaus, the Wagenburg, and The Schoenbrunn Palace Concerts accounted for more than five million visitors in 2009. 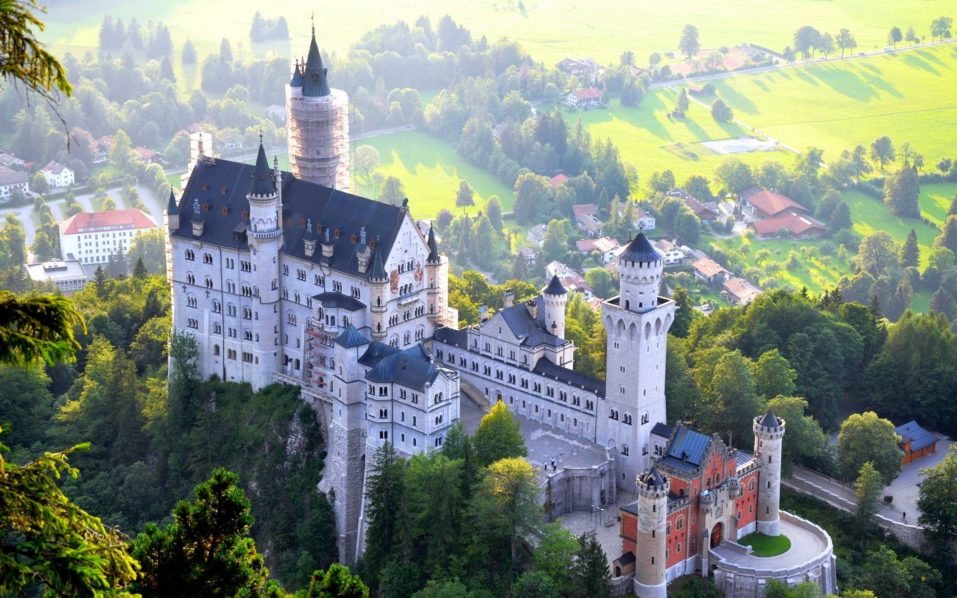 Neuschwanstein Castle is a 19th-century Romanesque Revival palace on a rugged hill above the village of Hohenschwangau near Füssen in southwest Bavaria, Germany. The palace was commissioned by Ludwig II of Bavaria as a retreat and in honour of Richard Wagner.

The castle was intended as a home for the king, until he died in 1886. It was open to the public shortly after his death. Since then more than 61 million people have visited Neuschwanstein Castle. More than 1.3 million people visit annually, with as many as 6,000 per day in the summer.