6 Colonial Buildings Every Nigerian Should Visit

Let us go back in time. Pick a day in the 1900s just before Nigeria’s Independence Day. Now, we are going to take a walk along Old Marina or Broad Street in Lagos. Can you see some of the grand buildings? No, we are not in England, itis Lagos.Many of these buildings are over a hundred years and they still stand today.

Here are six colonial buildings that you should visit: 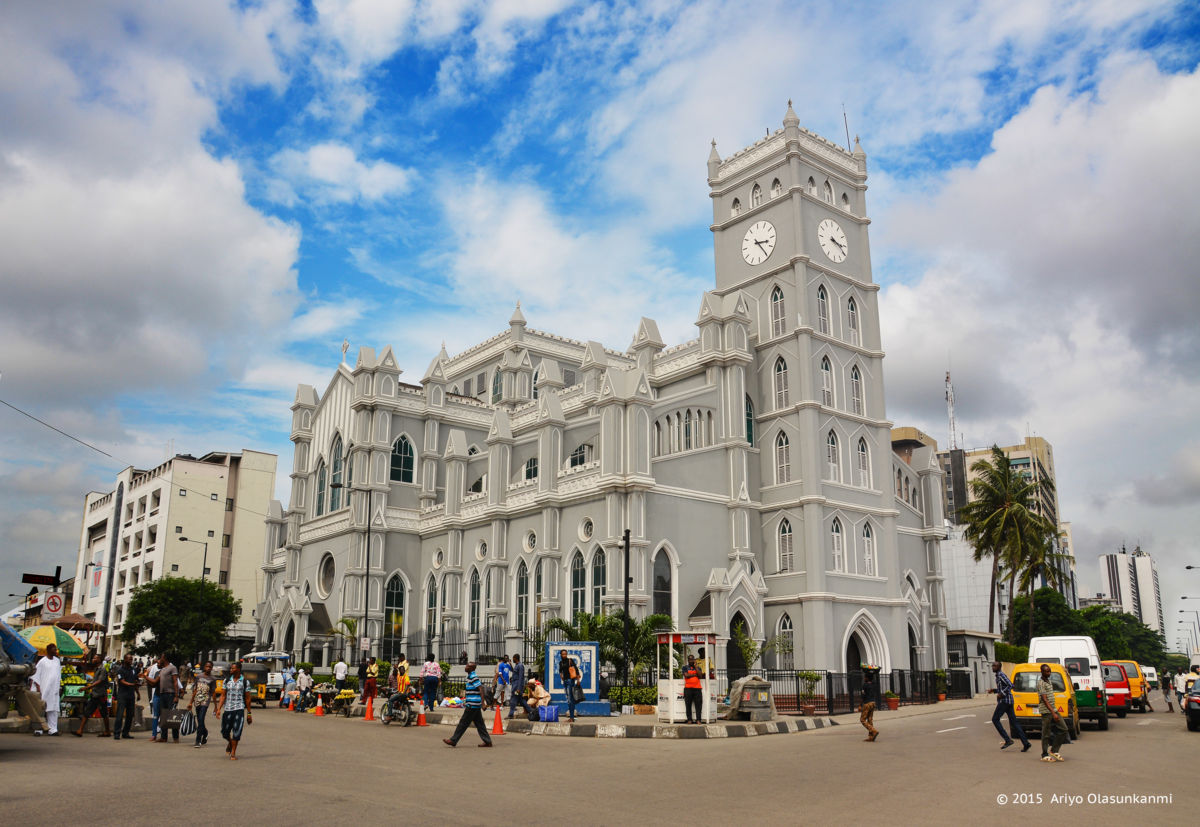 The Cathedral Church of Christ Marina, Lagos is an Anglican cathedral on Lagos Island, Lagos.The foundation stone for the first cathedral building was laid on 29 March 1867 and the cathedral was established in 1869.Construction of the current building to designs by architect Bagan Benjamin started on 1 November 1924. The foundation stone was laid by the Prince of Wales (later King Edward VIII) on 21 April 1925.It was completed in 1946.In 1976 the relics of Rev Dr Samuel Ajayi Crowther, a former Yoruba slave who became the first African bishop in the Anglican Church, were translated to the cathedral. There is a cenotaph erected as a memorial of him.It is popularly known as the Cathedral Church of Christ Marina, is the oldest Anglican cathedral in the Church of Nigeria. At various times in its history, the cathedral was the seat of the archbishop of the Province of West Africa, the seat of the archbishop and primate of All Nigeria and the seat of the archbishop of the Ecclesiastical Province of Lagos. It is currently the seat of the Bishop of Lagos. 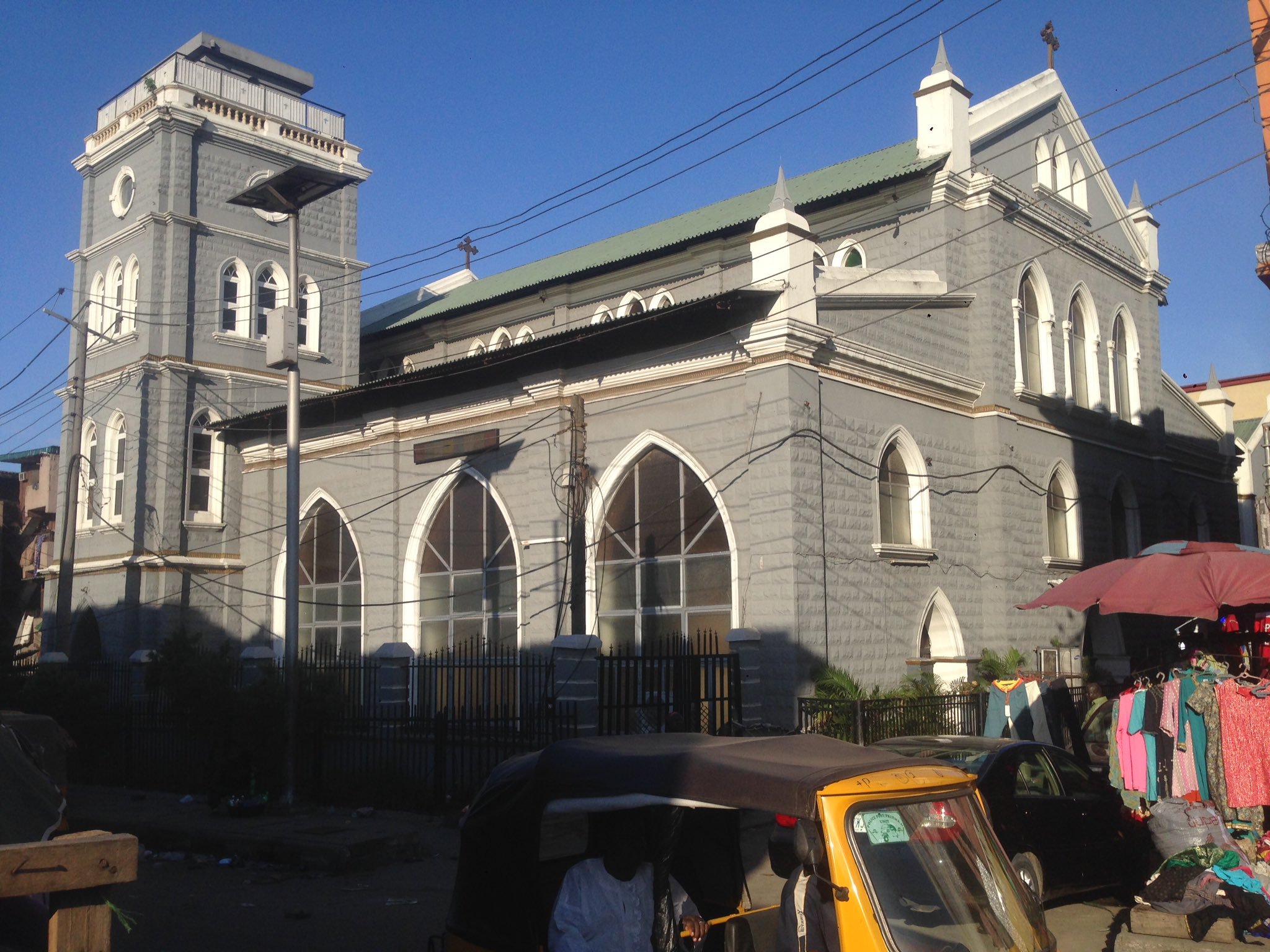 The Holy Trinity Church, Ebute-Ero, Lagos Island is the oldest church in Lagos. The church was first established as a mission station on Sunday 10th January 1852. It was built by the early Anglican Missionaries and newly-converted locals.Mapo Hall, IbadanMapo Hall is the colonial-style Ibadan City Hall, perched on top of Mapo Hill, in Ibadan, Oyo State. The hall is renowned for its seven columns, probably depicting the seven hills upon which the ancient city was built. Mapo Hall was commissioned during the colonial era by Captain Ross in 1929. It was designed and constructed by Engineer Robert Jones (a Welsh man who worked in Southern Nigeria between 1910–1944).The cost of construction was £24,000 and construction took four years between 1925 and 1929. 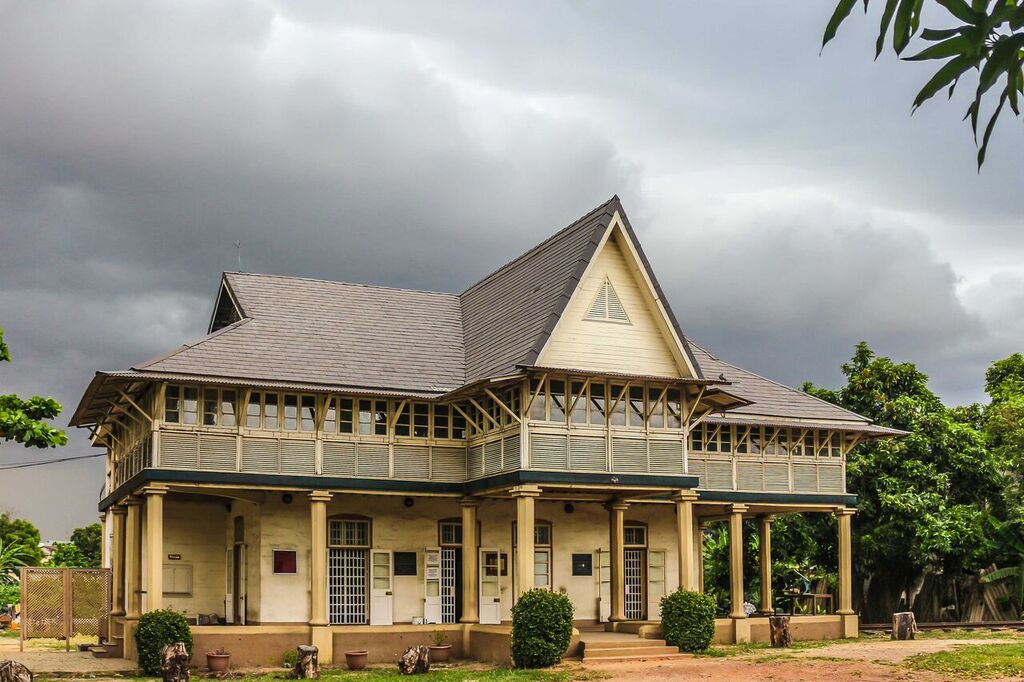 Located inside the Ebute-Metta premises of the Nigeria Railway Corporation, Jaekel House is a restored colonial mansion. It now serves as a railway museum and photo gallery of the NRC’s colonial era. Smack dab in the middle of the hustle and bustle of Lagos, it can be quite a surprise to go into the premises and suddenly become far removed from the noise and people –such as the sheer size of the grounds.Named after Francis Jaekel, a former Superintendent of the NRC, it was originally built in 1898. This makes it 119 years old and therefore is certainly one of the oldest buildings in Nigeria still standing! Its age does not show on it though, due to the recent restoration carried out on it. Located at the Railway Compound, Ebute-Metta, Lagos, and opens throughout the week. 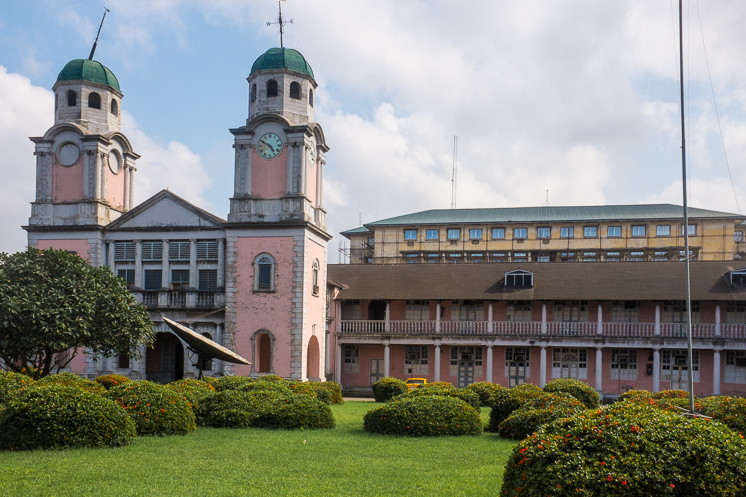 The Old Secretariat was completed in 1895. It was built in the English architectural style along with a two-twin tower which serves as a guard-front for security. It is by far the most imposing colonial building in Lagos, built with imported bricks each one of which was stamped with the armorial bearings (‘broad arrow’) of the Quartermaster General of Britain which appeared on all British government property.

Lugard Hall, the seat of the Kaduna State House of Assembly was built in 1914. Therefore, it is 103 years old.It was built by the British Colonial government as the Government of Northern Nigeria was centred in Kaduna. The building is of a design brought by Lord Lugard as an imitation of the British House of Commons and Lords, and the third of its kind in the world. It is divided into three sections namely; The Lugard Memorial Chamber otherwise known as the Northern Council of Chiefs, the Houseof Assembly, and the Assembly Service Commission. It also houses a clinic, kitchen and two dining halls.