8 Interesting Things To Do When You Visit Oxford, England

Although most Nigerians end their UK vacations in major cities like London, Glasgow, and Manchester, a visit to England is never complete without seeing the fascinating and historic city of Oxford. My first encounter with the word ‘oxford’ was my little pocket dictionary in secondary school–The Oxford dictionary.

So when I visited England, it made sense to see this beautiful city where scholars have been flocking since the 13th century when the first 38 university colleges were established. Also, if you’re familiar with the Harry Potter series, the scenic places in Oxford would be amazing seeing them in reality.

Oxford is an hour’s journey northwest of London by train. It is one of the few English cities with a unique aura, antique architectures and also home to the famous University of Oxford, which historically is the first University in England and the oldest of all in English-speaking nations.

The broad street in Oxford gave me a brief image of what might have been the origin of the same Broadstreet in Marina, Lagos. Filled with world-class museums, famous bookshops, lively pubs, charming cobbled streets, and loads of literary/film connections, Oxford is a place to be.

As you wander down its lined cobbled streets, every part is filled with medieval structures, ornate chapel, a world-class museum, bookstores, and tourists. Most of these places are pedestrianized and easy to access.

Things to do in Oxford-

A visit to Oxford starts with the University, which the city is known for. Oxford University comprises 38 independent colleges, including the magnificent Christ Church, and their buildings can be found all over the city. Twenty-eight British Prime Ministers, at least 30 international leaders, 55 Nobel Prize winners, and 120 Olympic medal winners have studied at the Oxford University.

Immerse yourself in 1,000 years of history at Oxford Castle & Prison. Enjoy a guided tour with costumed guides to discover the stories of the Castle’s past.

Punting is a truly timeless tradition in Oxford. Punt down the River Cherwell or River Thames and see Oxford from the as you row underneath the medieval bridges.

A UNESCO World Heritage Site that boasts of stunning Baroque architecture and over 2,000 acres of landscaped parkland, Blenheim Palace offers a unique perspective especially when viewed from the tower at the top of University’s chapel.

A setting in the adventure film, Young Sherlock Holmes, the Radcliffe Square opened in 1748, is among the most visited building in Oxford and 100 best views in England. Standing tall at the centre and tucked in between the colleges, it serves not just as a touristy place but also as a storage for many books and has a storage capacity for around 600,000 volumes.

Most scenes in the Harry Porter series was set in a magical, largely fictional Britain. However, you can visit many of these real locations in Oxford used in the film series. For avid fans of Harry Porter, most of the filming sites are accessible for touring.

In the sorcerer’s stone when the kids were ferried to Hogwarts and then ascended unto a stone staircase — the same one in real life leads into the Christ Church College’s Great Hall. Later in The Sorcerer’s Stone, Harry sneaks into the restricted book section of Hogwarts Library under a cloak of invisibility. This scene was filmed inside Oxford’s Duke Humphrey’s Library. Hermione reads about the Sorcerer’s Stone here, too.

If you love Museums, then Oxford is also the right place. The museum is close by and a walking distance. Museums include the Ashmolean Museum, Pritt Rivers and the Bodleian Libraries belonging to the university.

The best view of Oxford can be seen from the top of St Mary’s church which was established in the 19th century, the church has stood on that site since Anglo-Saxon times and was adopted as the first university building in the very early days of Oxford University. Take a trip up to the top of the 13th-century tower for unbeatable views across the heart of the city. 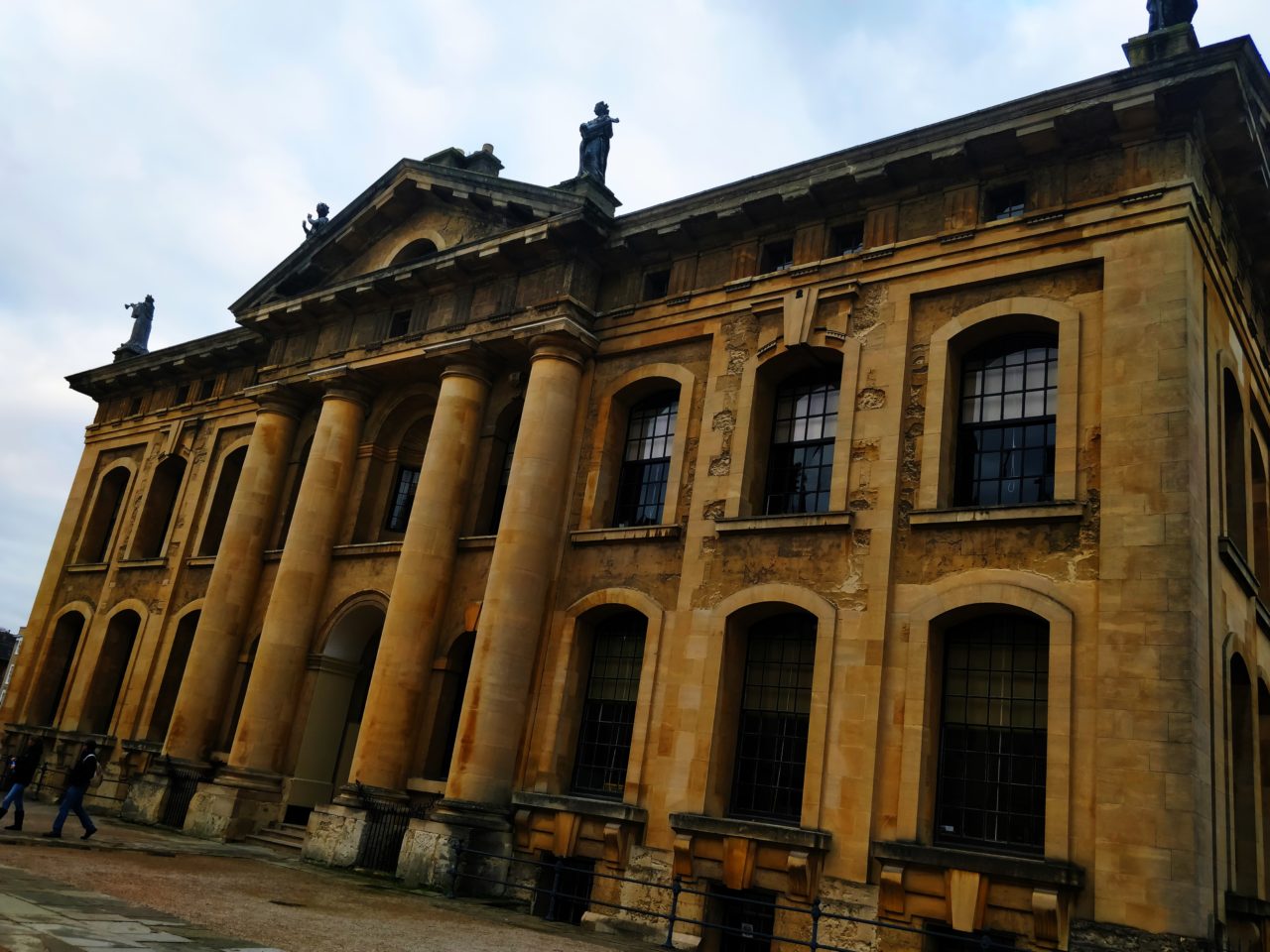 Grab a pint of the English Ale at one of Oxford oldest pub-The Old Bookinders. You can end the evening here having a drink or a good French cuisine.