Beijing Tourism bring a piece of China to Europe 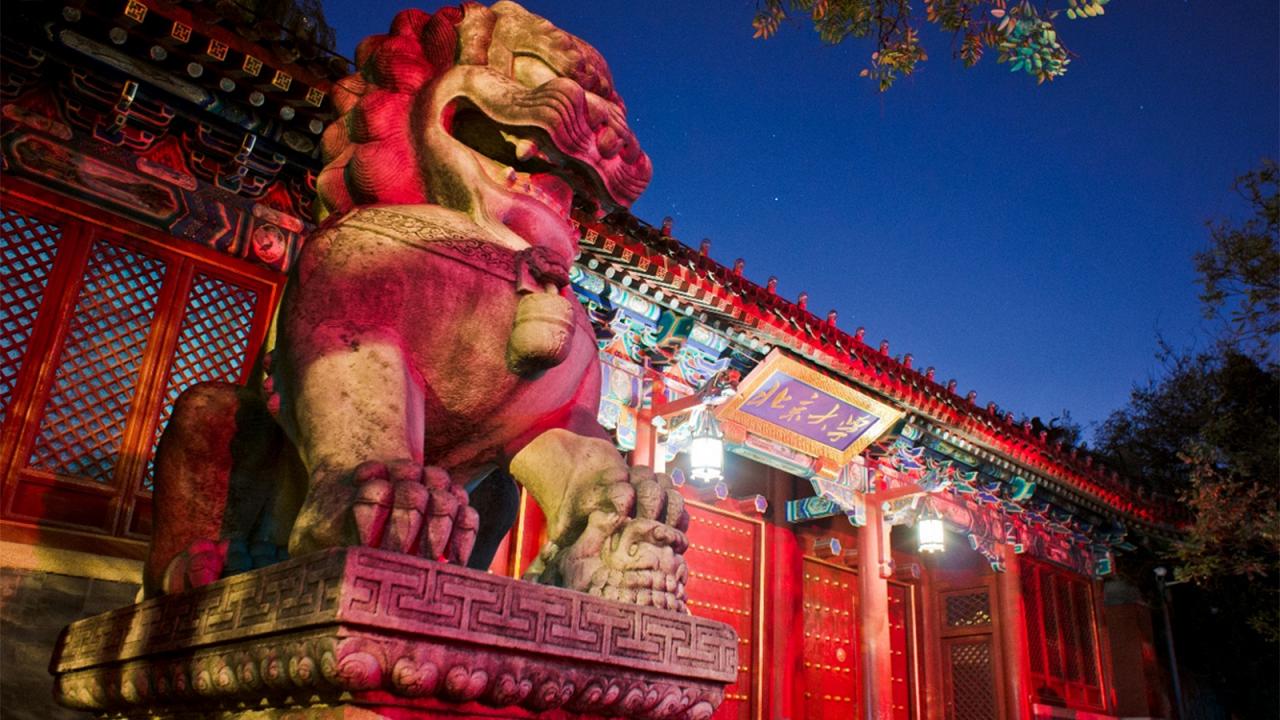 Red paper lanterns adorned with elegant gold characters have always been a Chinese symbol for hopes and dreams. In December, the hope of strengthening ties between Europe and China became reality when a little piece of Beijing came to life, first in Munich in Germany and then in Bucharest in Romania.

During the “Charming Beijing” event, the people of Munich experienced a Chinese welcome first hand, by participating in traditional Chinese crafts such as delicate calligraphy, dramatic Peking opera face painting, and making their own paper lanterns. At the event in Bucharest, participants enjoyed a similar show of Chinese folk pastimes, including an introduction to paper cutting – another symbol for luck and happiness.

As the 2018 EU-China Tourism Year drew to a close, Shen Zhihong spoke for the Beijing Municipal Culture and Tourism Bureau in Munich, pointing to Beijing’s rich history. This is an ancient civilisation going back thousands of years, but one that now looks to the future as an open and inclusive city, and an international metropolis where history and modernity sit side by side with ease.

The number of visitors moving between Europe and Beijing has been on the increase over the past few years – Chinese people took over 70 million trips abroad last year, up 15% compared to the year before. For Europeans, China is a top ten global travel destination – EU residents made over 2 million trips to China in 2016, and tourism from EU to China has tripled in the past ten years. It’s getting easier to travel: during the Munich event, Air China introduced a new direct flight tying Munich to Beijing together, providing a nine-hour direct air bridge between the home of Oktoberfest beer halls and Christmas markets and the city known for its Peking duck, dumplings and hotpots.

Tourism wasn’t the only thing at the top of people’s minds during December’s events, as the EU-China Tourism Year of 2018 has also been focused on strengthening business ties. Speaking for the Munich Tourist Association, Rüdiger M Lutz pointed to the long history of success exchanges between China and Germany, resulting in a mutual understanding and trust that will now form the foundation for future collaborations across both business and leisure. In Bucharest, the Chinese delegates invited the host city to join the World Tourism City Federation in a push to boost Asian tourism to Bucharest. The Romanian capital has changed a lot in recent years, having come a long way from being known as “Little Paris of the East” to now also being a thriving city with a lively, refurbished Old Town and miles of beautiful parks.

During the Bucharest event, Zhao Li, Cultural Counsellor of the Chinese Embassy in Romania, gave praise to the Belt and Road Initiative for having deepened cooperation through cultural exchanges between the two countries. This 21st century Silk Road, a “belt” of overland corridors and “roads” of shipping lanes, connects China to Europe in the most literal way, representing plans for as much as $1 trillion in global investments by China’s government. Chinese investment into Europe has already been on the rise this past decade – in 2016 the EU received nearly €36 billion in Chinese funds, with €6-8 billion of this going to Eastern Europe.

China has always felt a kinship with Eastern Europe due to the historic social and political similarities between the countries. Now, Eastern Europe is looking to China in the hopes that investment from the East can help spur along the already significant growth prospects. In Bucharest, Julia Dangulea, Senior Adviser to the Ministry of Tourism of Romania, spoke with optimism about the growing prosperity of bilateral relations with China, a process that starts with tourism and business and concludes in mutual respect and appreciation. While paper lanterns might not last long when released into the sky, friendship between cities and continents is made of sturdier stuff. With some care and some luck, this very special Sino-European relationship will last the ages.