DINE, DRINK, AND EXPLORE IN THESE CONVERTED LONDON LOCALES

Awash in ancient significance, storied architecture, and world-famous landmarks, London’s incredible history is undoubtedly one of the many reasons why Americans flock to England’s capital. But just because you could spend a whole vacation here with the express purpose of exploring museums, castles, and historic settlements, doesn’t mean you should—you’d completely miss out on the city’s true beating heart: its contemporary culture. So why not experience both at once? The restaurants and bars below will give you a history fix while showing you what 21st century London is all about. 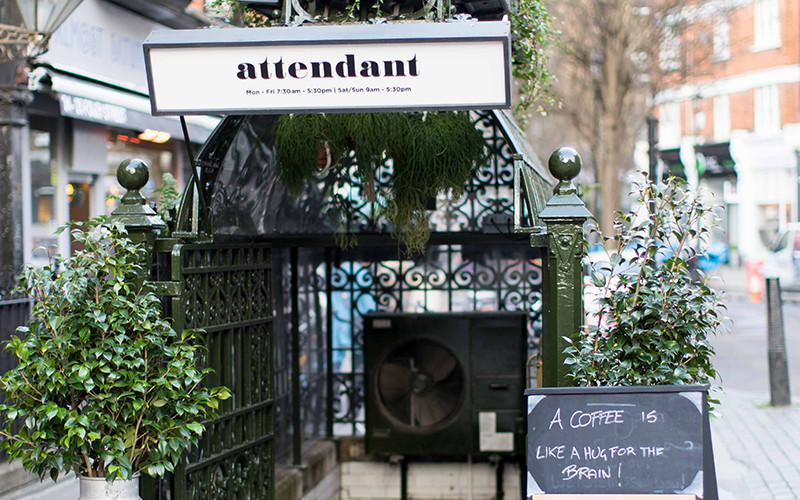 This coffee and brunch cafe used to be a Victorian toilet, but don’t get squeamish—it hasn’t been used as such since the 1960s. The original urinals and tile walls remain intact in its modern incarnation, which lends the joint an unsettling feeling, which you get over pretty quickly once you realize the food and specialty coffee is especially tasty. Try the avocado smash (multi-grain toast, pistachio & chili dukkah, beetroot, baby kale, feta, and lemon dressing) and a vegan protein ball, then follow it up with an espresso. You’ll be a regular in no time. 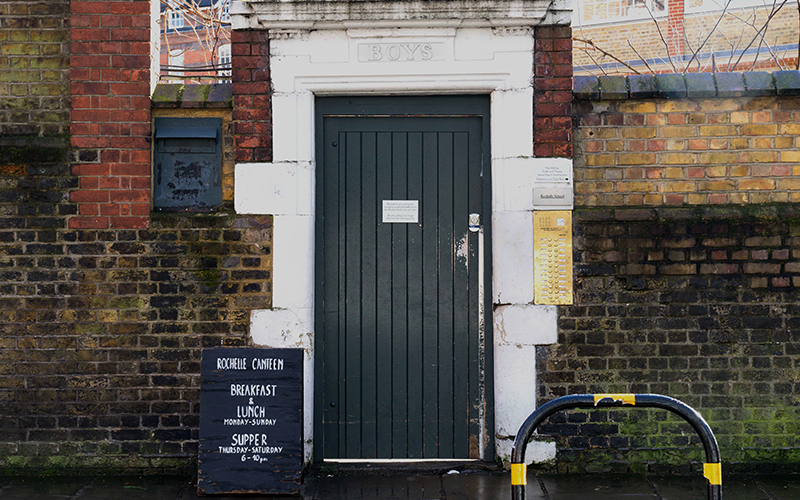 To access this bright, tidy, and infinitely private restaurant, ring the bell under the brick “Boy’s Entrance” sign on the southeast side of Arnold Circus in the East End. You’ll be buzzed into the stunning courtyard of a one-time middle school. On nice days, the al fresco tables will give away the location of the cafe, otherwise, follow the concrete path towards the glass doors. The interior is compact—the actual building was the school’s bike shed—but remarkably airy, with a vibe that suggests you and all the other diners are all in on the same big secret, which frankly, you are.

The seasonal menu rotates constantly, but you can expect it to feature a healthy variety of interesting proteins (duck confit, rabbit offal, hake swimming in butter and oil and balanced perfectly with acidic capers, to name a few), choice vegetables, and simple, on-point cocktails that make you feel just a little bit rebellious. 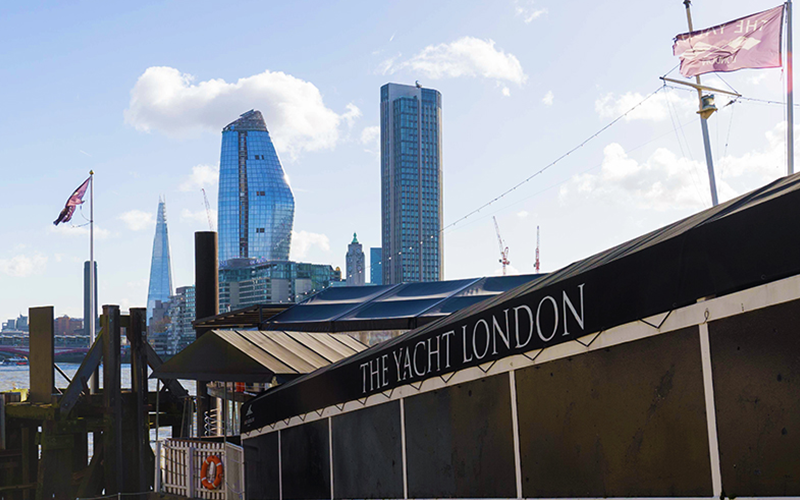 The eponymous yacht of The Yacht was built in 1927 and was once a floating playground for prominent politicians. Now, Art Deco features (like the light fixtures in the hull’s private seafoam green cocktail lounge), stately views of the London Eye across the Thames, and an elegant dining room court couples, group bookings, and corporate events alike. It’s an excellent date spot, though count on coming down to the dock for full-service British fare and not just a drink—this converted restaurant is table service only. 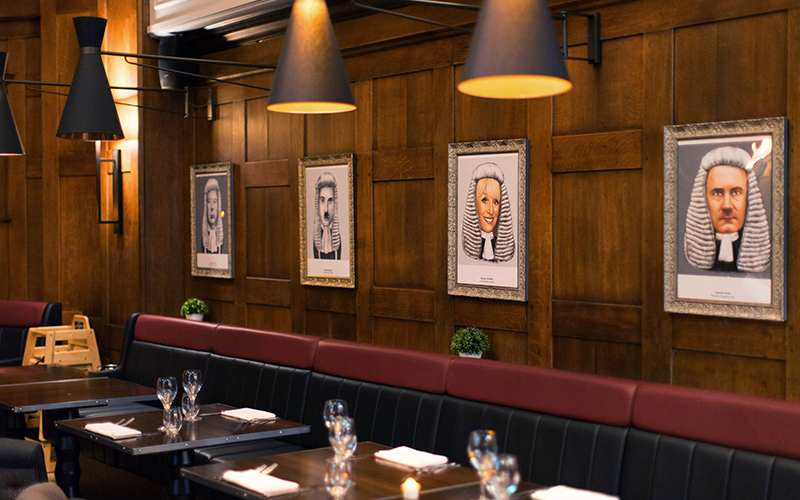 A courthouse until 2006, the sprawling space houses ‘The Bar’ on one side and the wood-paneled Silk Restaurant (which was once the actual courtroom) on the other, and it’s seen more action in the last 100+ years than any of your wildest Saturday nights—gangsters, poets, and rock stars alike have all been inside, though they probably wouldn’t recognize the joint now. The holding cells where the infamous crime bosses the Kray twins awaited trial in 1965, for example, now feature plush velour banquettes and stylized graffiti.

There’s something oddly hilarious about getting bottle service in the tiny chambers of what used to be The Great Marlborough Street Magistrate’s Court while listening to light techno music, but it’s just one of the many peculiar pleasures of the Courthouse Hotel.

London is filled with must-visit converted locales that offer a look at the city’s past while fully embracing its present. To plan a culture and adventure filled trip to London, book here. Learn more about Great Britain here.