Caymans Island is most popular for its financial service; over 100,000 companies are registered there, more than the population itself. Away from the banks, and tax talks, the island is a paradise for divers and lovers of beautiful beaches.

The Caymans is a group of islands and the overseas territory of the United Kingdom in the Caribbean Sea. The territory comprises the three islands of Grand Cayman, Cayman Brac and Little Cayman, situated about 180 miles (290 km) northwest of Jamaica.

Here are a few things you can do in the Caymans Island:

Seven Mile Beach has been regarded as one of the best beaches in the Caribbean. The long crescent of coral-sand beach is on the western end of Grand Cayman island.

The beach is home to the majority of the island’s luxury resorts and hotels as well as casual beach bars and a playground.

Calm, crystal clear water, with amazing reefs, is a dream come true for anyone who loves the beach and likes to dive or snorkel. 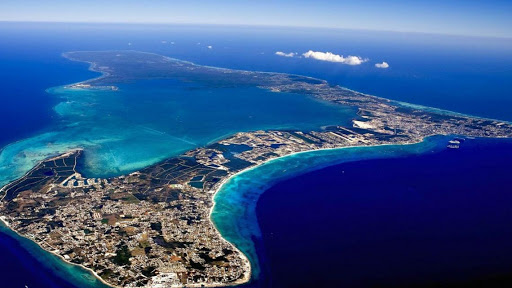 Hike Through The Mastic Trail:

The trail is a 200-year-old gravel path that winds through a native mangrove swamp and a 2 million-year-old woodland area, surrounded by some of the island’s most colourful and rare plant life. The southern part includes a 170 m hand-built rock causeway, known as the “Mastic Bridge”, through a black mangrove forest.

The 2.3-mile trail (one-way) is preserved as a flat, beginners hike by the Cayman Islands National Trust, though some recent travellers said there is a section where scrambling is required and as such you’ll want to wear the appropriate footwear.

Located in the North Sound area of Grand Cayman, Stingray City is the most popular attraction on any of the three Cayman Islands.

The “city” is actually a shallow sandbar where you can interact with and feed the wild Atlantic stingrays that live freely in those waters (there are no penned enclosures).

It originally started in the 1980s, when divers started feeding squid to stingrays. The stingrays started to associate the sound of the boat motors with food, and thus visit this area year-round.

The ex-USS Kittiwake is an Ex-US Navy Submarine Rescue Vessel. She was sunk on January 5th, 2011 in off the coast of popular Seven Mile Beach in Grand Cayman to create an artificial reef.

The submerged submarine and artificial reef now delight scuba divers with its swim-throughs and sea life, including shrimp, eels, barracuda, turtles and grouper.

Swim in the Devil’s Grotto and Eden Rock

South of Seven Mile Beach and approximately 46 feet below the surface are Eden Rock and Devil’s Grotto, two of the most popular diving spots on Grand Cayman. Both feature wonderful underwater mazes and caverns hosting a riotously coloured collection of marine life such as tarpon, silversides, parrotfish and barracuda.

The Cayman Turtle Centre is a conservation facility and tourist attraction located in the West Bay district of the Cayman Islands. The facility was initially used to breed the endangered green sea turtle for commercial purposes.

Although still in operation as a farm for raising turtles in order to sell, the Cayman Turtle Centre has been developed into an important research project and conservation facility.

The 23 acres centre features birds, caiman, and other creatures in addition to turtles.

It is now also the largest land-based tourist attraction in the Cayman Islands and welcomes more than 500,000 visitors annually.