Whether you’re here for work, a bachelor party or a weekend to let loose, Vegas is constantly changing, so there’s always something new to see, taste and experience. 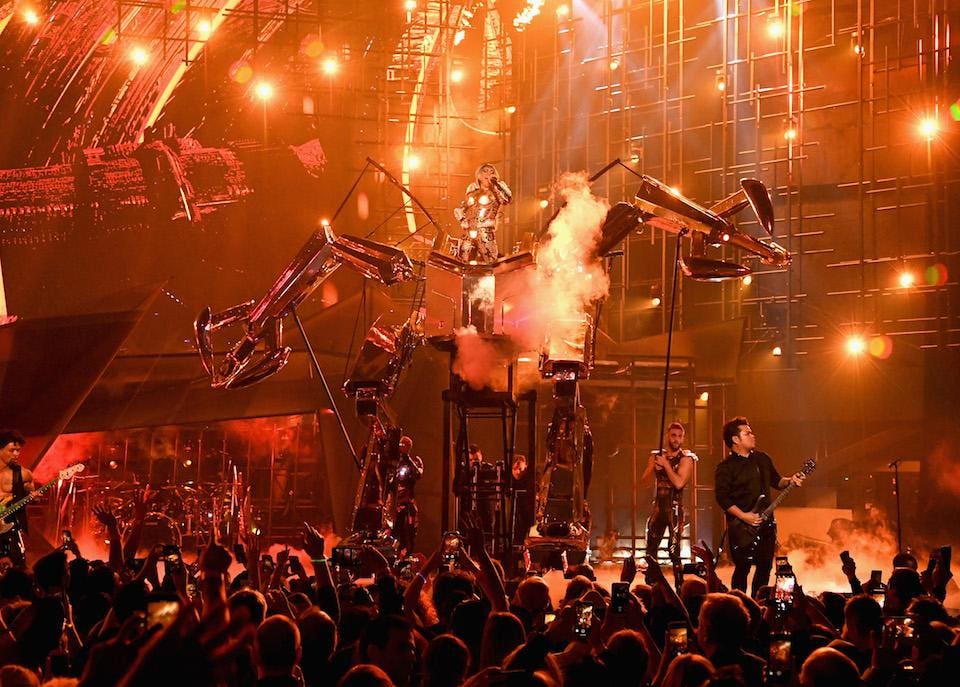 Lady Gaga performs during her ‘ENIGMA’ residency at Park Theater at Park MGM on December 28, 2018 in Las Vegas, Nevada.

Lady Gaga is in residency at the new Park Theater at Park MGM Resort on select dates through November 2019. Coming off her Academy Award win for “Shallow,” this is the hottest ticket in town. Both the more theatrical Enigma production highlighting her greatest hits and the stripped down jazz and piano shows have received rave reviews from critics. 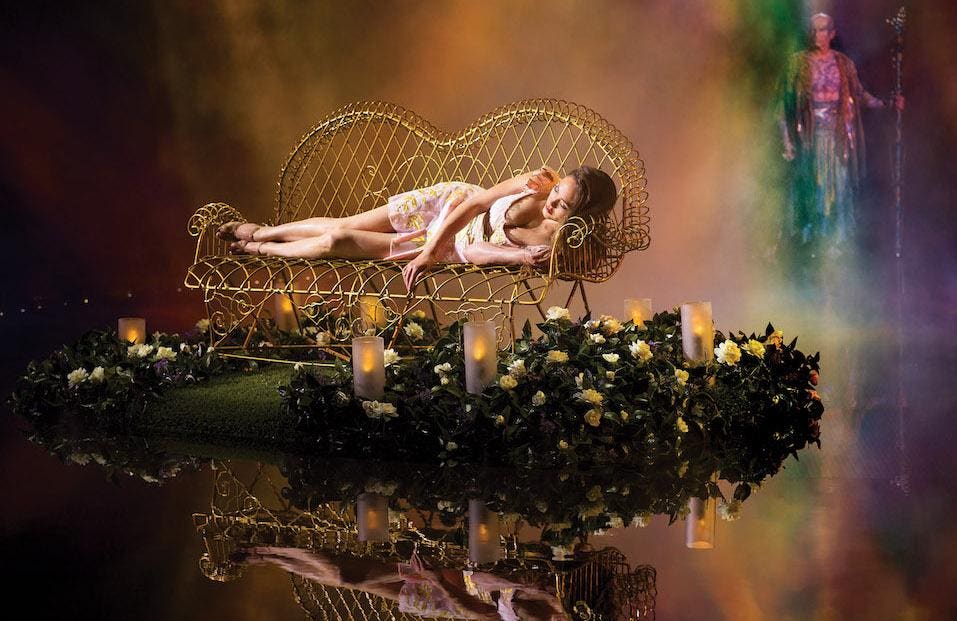 Le Rêve – The Dream has been around since Wynn opened in 2005, but the show received a major update at the end of 2018, with all new music, costumes, choreography and lighting. The love triangle narrative remains the same, but the presentation is more mesmerizing, fantastical and thrilling than ever. Book one of the back row seats for the best views (no need to crane your neck to see the aerial performers) and personal monitors at your feet that display behind-the-scenes views of the performers underwater. Le Rêve has been voted the best show in Las Vegas for the eighth year in a row by the Southern Nevada Hotel Concierge Association, and these guys know what they’re talking about. 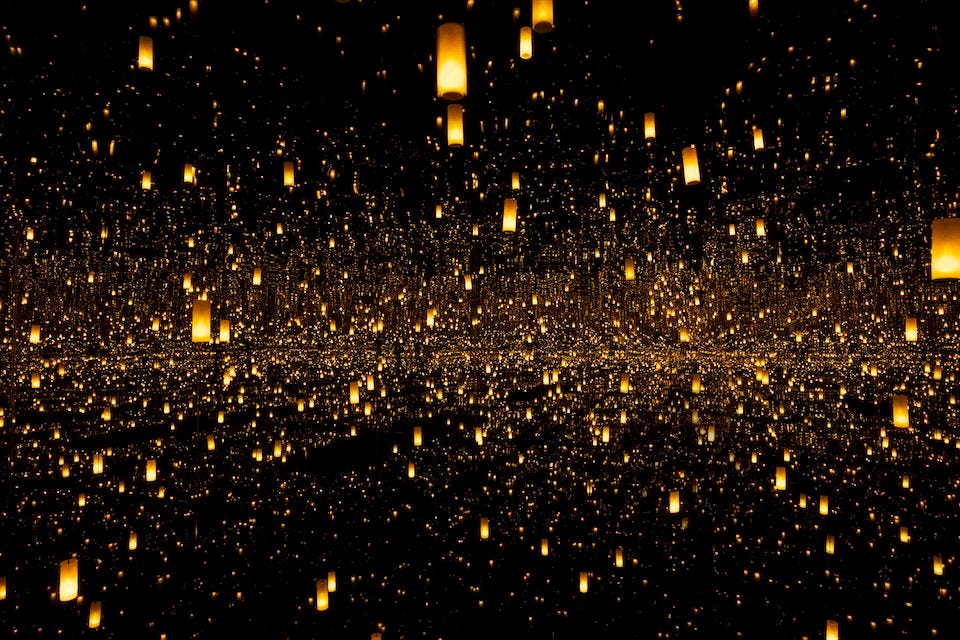 Art lovers should note that the Yayoi Kusama exhibit has been extended through June 30. There are only two installations, including the famous Aftermath of Obliteration of Eternity infinity mirror room, so you won’t need more than 15 minutes to enjoy. 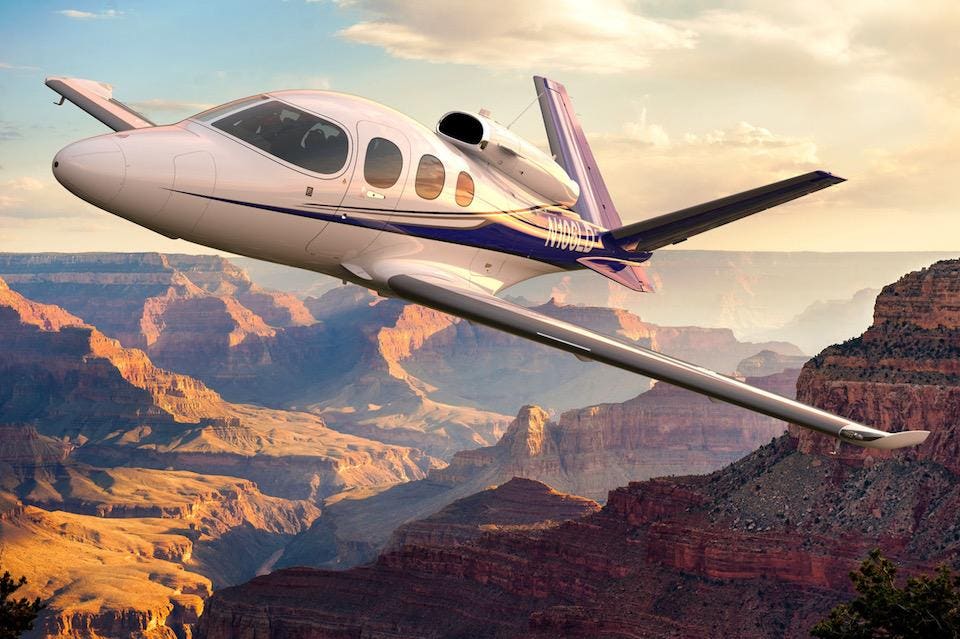 All In Aviation has been offering flight training and aircraft rental in Las Vegas with Cirrus propeller aircraft since 2016. But now, you can check flying a jet off your bucket list too and get in the pilot’s seat of the world’s first personal jet, the Cirrus SF50 Vision Jet. Flight lessons begin at $1,500 per hour departing from Henderson Executive Airport (HND). This single-engine jet is much more powerful than a prop plane, and in just an hour you’ll cruise above Black Mountain and over Hoover Dam to the Grand Canyon before circling back. The jet’s thorough digital checklist, helpful autopilot mode and your friendly instructor will make sure you stay on course, so even first-time fliers can be assured of a smooth landing. The plane seats up to five adult passengers and two children, so take your family and friends along for the ride. 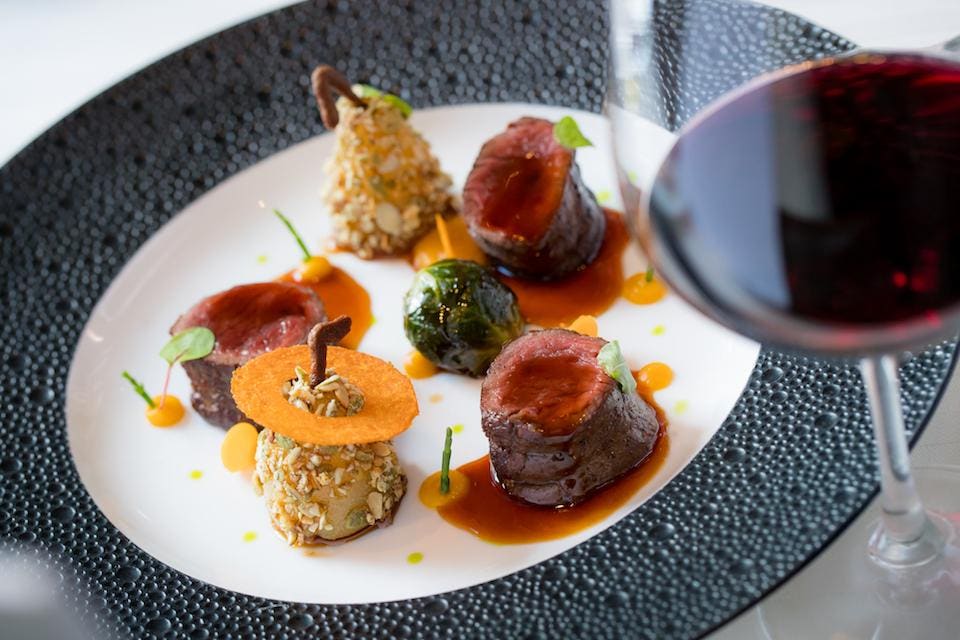 The top fine dining restaurants in Las Vegas can compete with the best in the country, from traditional French fare at Restaurant Guy Savoy to haute Chinese cuisine at Wing Lei. Michelin just announced a return to Los Angeles with a guide for all of California later this year – perhaps they’ll also revive their Las Vegas guide? Both these restaurants would certainly merit a couple of stars, as they continue to set the bar for Eastern and Western food in Vegas. 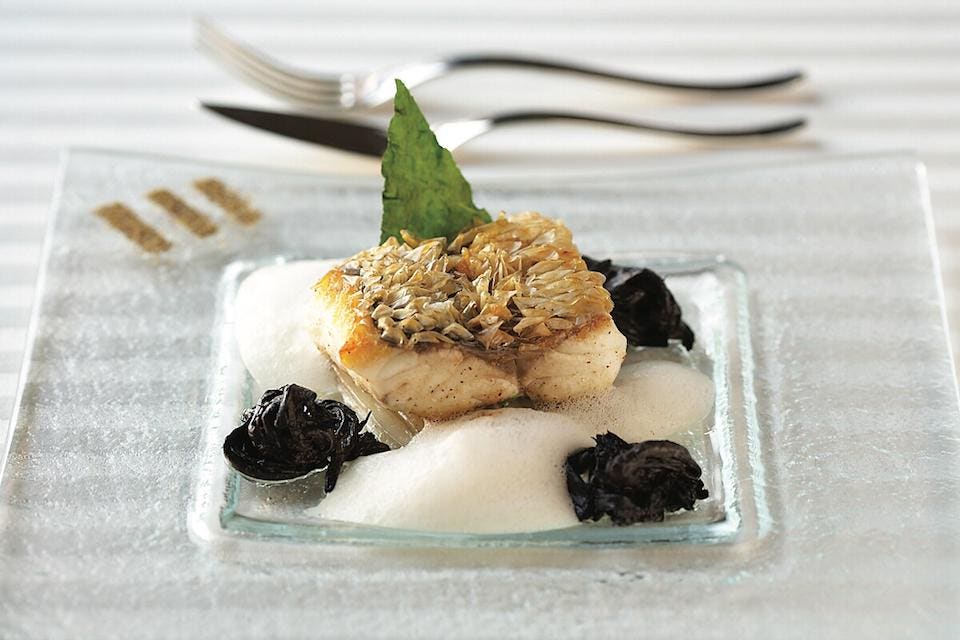 Sop up every last drop of the artichoke and black truffle soup at Guy Savoy with the accompanying mushroom-inlaid brioche, then enjoy the best surf and turf in Vegas – A5 Japanese wagyu and lobster finished tableside with lobster bordelaise. Just about all of the staff are French and wine pairings are superb. 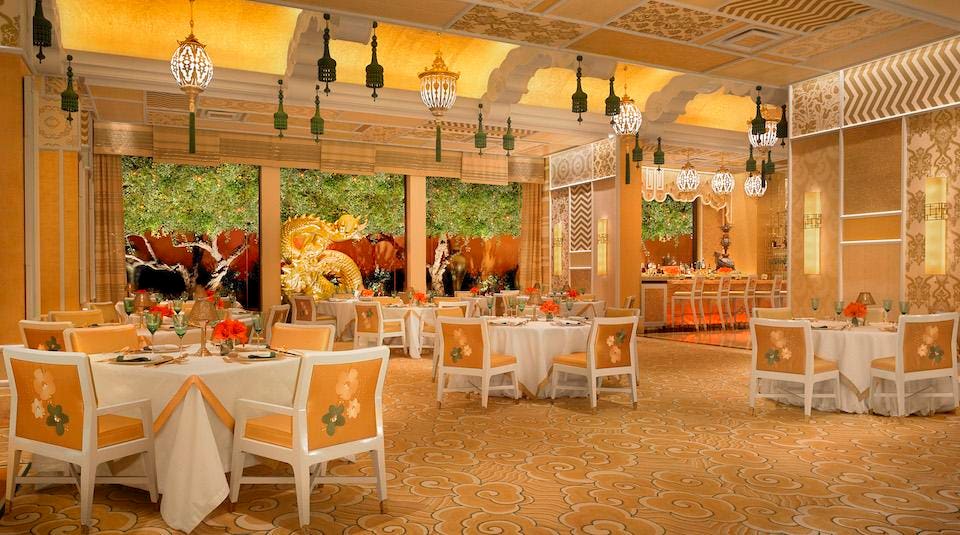 Executive Chef Ming Yu has been at Wing Lei since day one, and 15 years later, he’s still running the show at the only Forbes five-star Chinese restaurant in the country. Silk embroidered chairs and regal golden dining room set the tone for the stately meal to come. Ask for the secret menu if you’re feeling adventurous, with specialty items like bird’s nest, fish maw and sea cucumber. 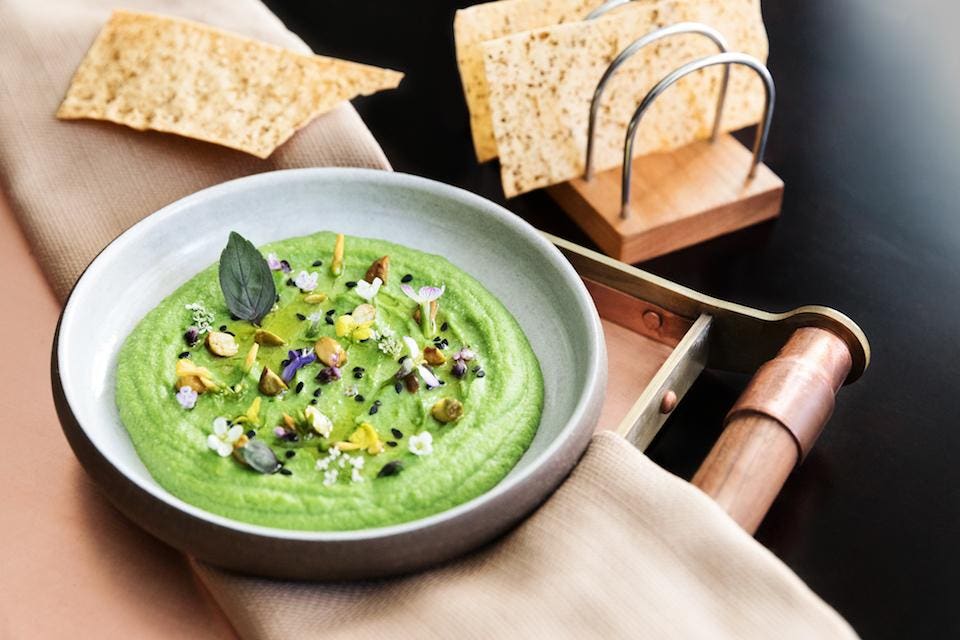 Newcomers like NoMad Las Vegas and Mott 32 at The Venetian are making a splash too. Begin with a cocktail and fava bean hummus with toasted pistachios at the former before digging into heartier dishes like the decadent NoMad French dip sandwich with shaved chicken, horseradish, Gruyère and black truffle jus. At Mott 32, request a seat in the red-hued boom boom room for the largest tables, so you’ll have more room to share barbecue Iberico pork and Shanghainese soup dumplings. 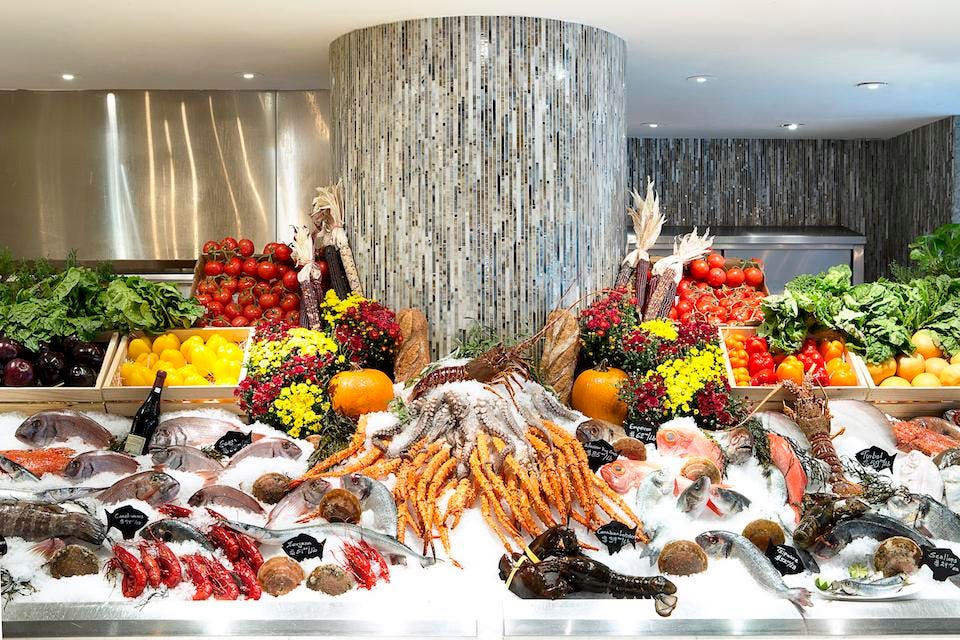 ESTIATORIO MILOS AT THE COSMOPOLITAN OF LAS VEGAS

Even though Vegas is in a desert, don’t underestimate the seafood. At Estiatorio Milos you’ll choose your whole fish from the selection of Mediterranean daily catch on ice, then decide if you’d like your fish served sashimi-style, grilled whole, or baked in a sea salt crust and filleted tableside. Aria’s newest restaurant, Catch, is more of a party scene, with a wide selection of nigiri and sushi rolls, including the best-selling truffle sashimi duo of tuna and hamachi. 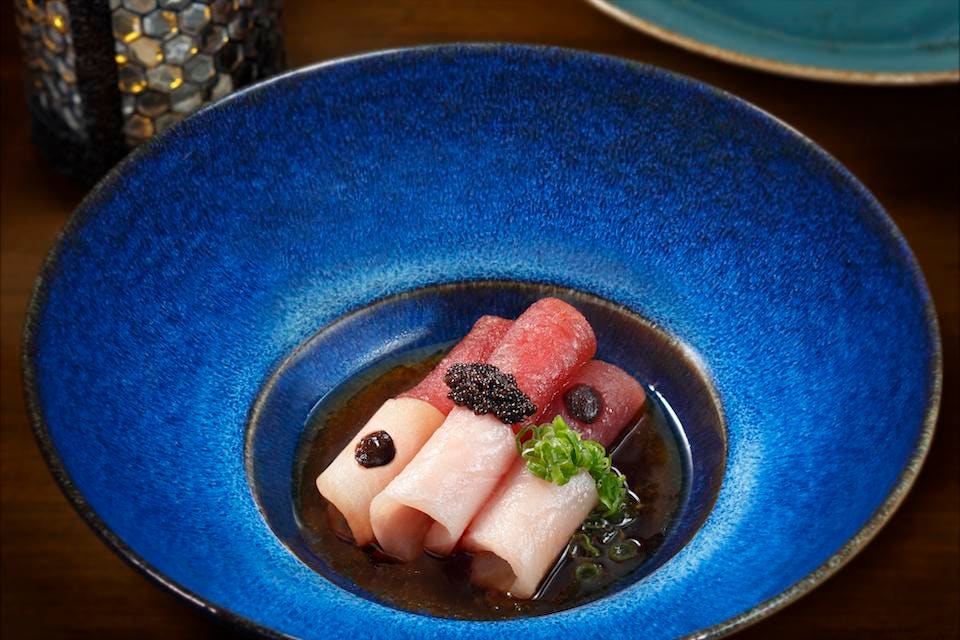 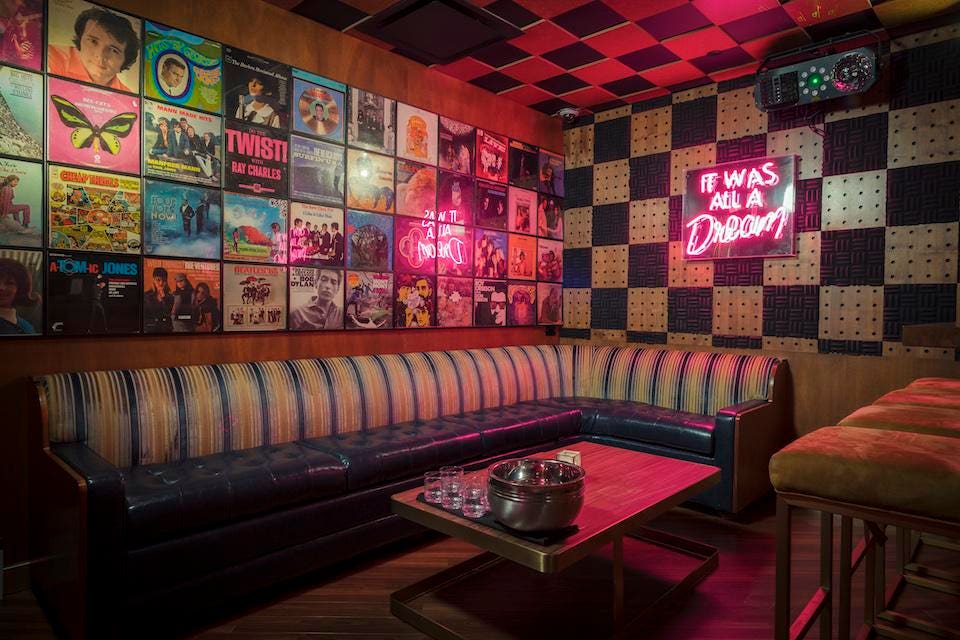 Unlike many of the nightclubs in Vegas, where you need a table and large group of friends to have a good time, On The Record is perfect for smaller groups and couples too. Both the DJs and cocktails are better than most options on The Strip, and you won’t need earplugs. Dancers pop-up out of nowhere across multiple hidden stages for surprise performances throughout the night and when the weather’s nice, you can dance outside in the shadow of a 1963 Bristol Lodekka double-decker bus doubling as a DJ booth. The Houston brothers are behind some of LA’s most popular nightlife destinations and with their new 11,000-square-foot music-centric club, they’re going bigger than ever. 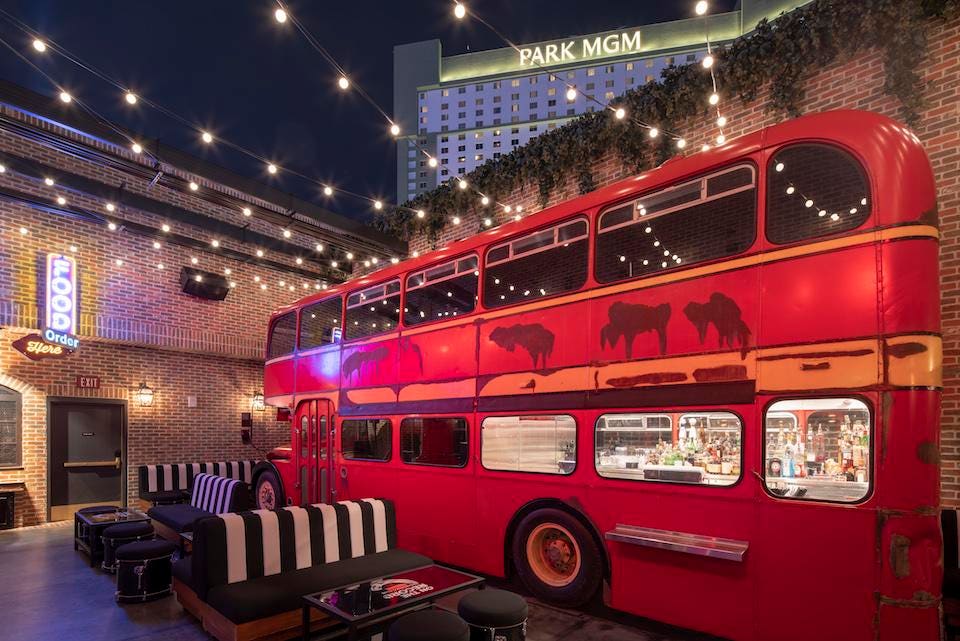 When you want to take a break from the dance floor, push open a hidden door and step behind the wall of cassette tapes into the intimate vinyl parlor, where guest bartenders from around the country serve a couple dozen guests at a time. Three hidden karaoke rooms themed for the 60s, 70s and 80s are available for private parties to rent by the hour or the entire night. 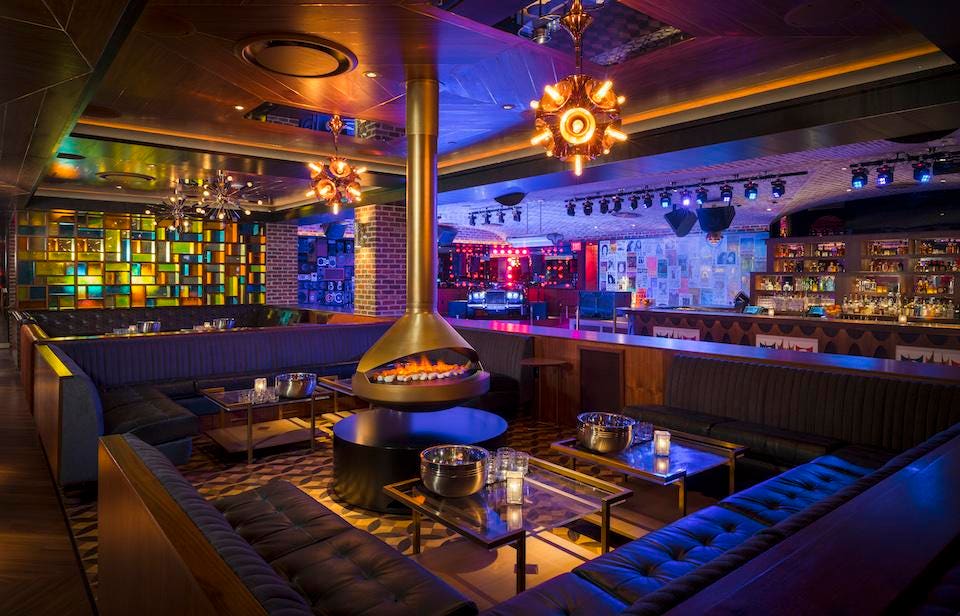 Park MGM On The Record 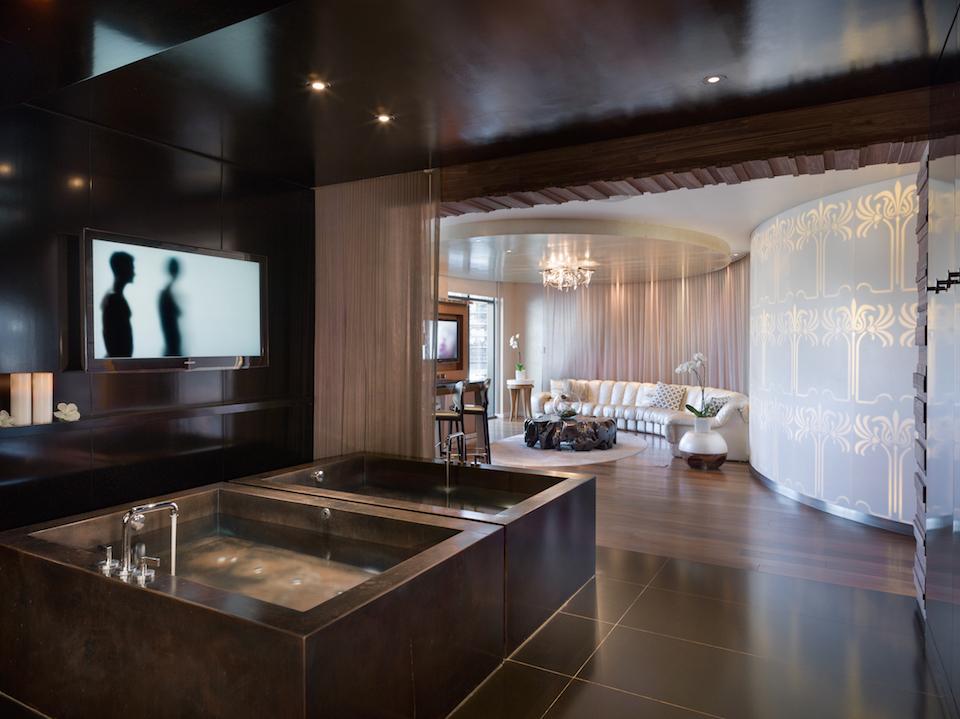 You don’t have to look too hard to find pockets of wellness sprinkled along the Las Vegas Strip, from hydrating IV treatments and vitamin injections at Reviv to the new Soulcycle at Wynn Plaza. A flight of shots at The Juice Standard is just what the doctor ordered after a few too many shots of another kind at XS the night prior. 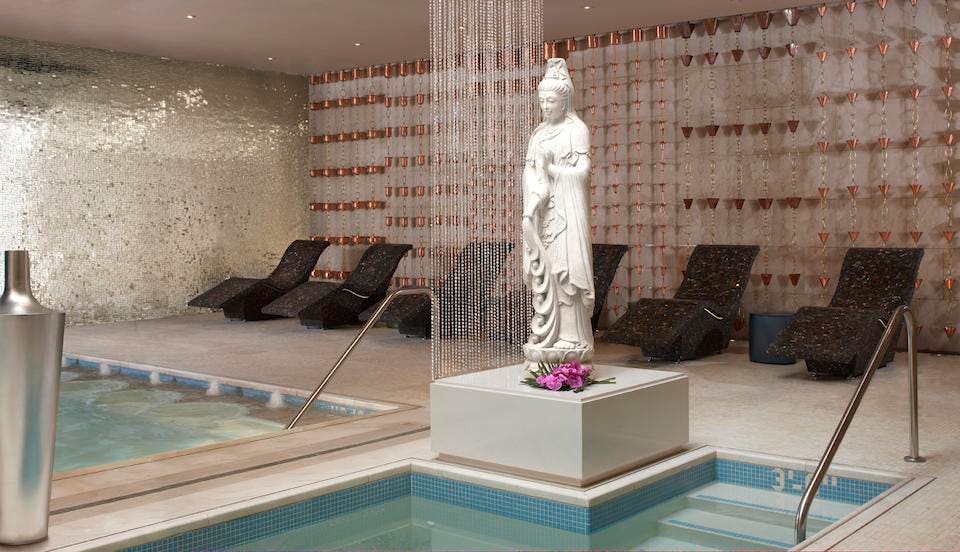 For a more enjoyable detox, The Spa at Encore and Sahra Spa & Hammam at The Cosmopolitan transport you to exotic lands far away. At Encore, the opulent décor and extensive treatment menu make a strong first impression, and the thoughtful service exceeds expectations, including luxurious details like gold-dusted lavender popcorn and slipping into a warm robe at the end of your massage. 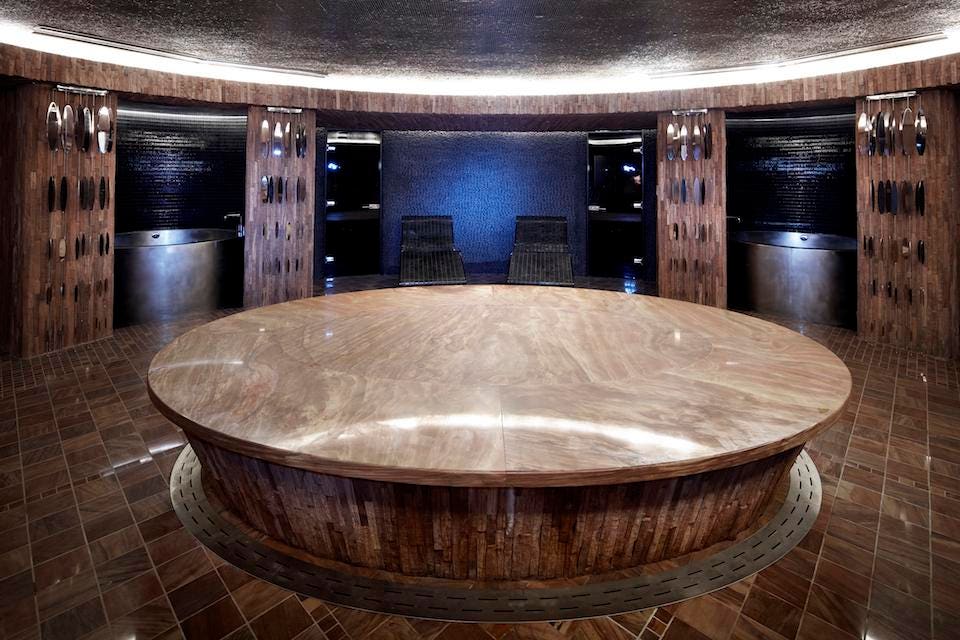 The desert-inspired Sahra Spa & Hammam welcomes you with walls of Nevada sandstone and treatments in the private hammam that accommodates up to three guests are the specialty here. You’ll be scrubbed with silk and bamboo mitts while lying on the warm marble slab and washed with gentles waves of water before an application of tangerine fig butter or cardamom amber oil to hydrate newly supple skin. Who knew a trip to Vegas could leave you feeling this good? 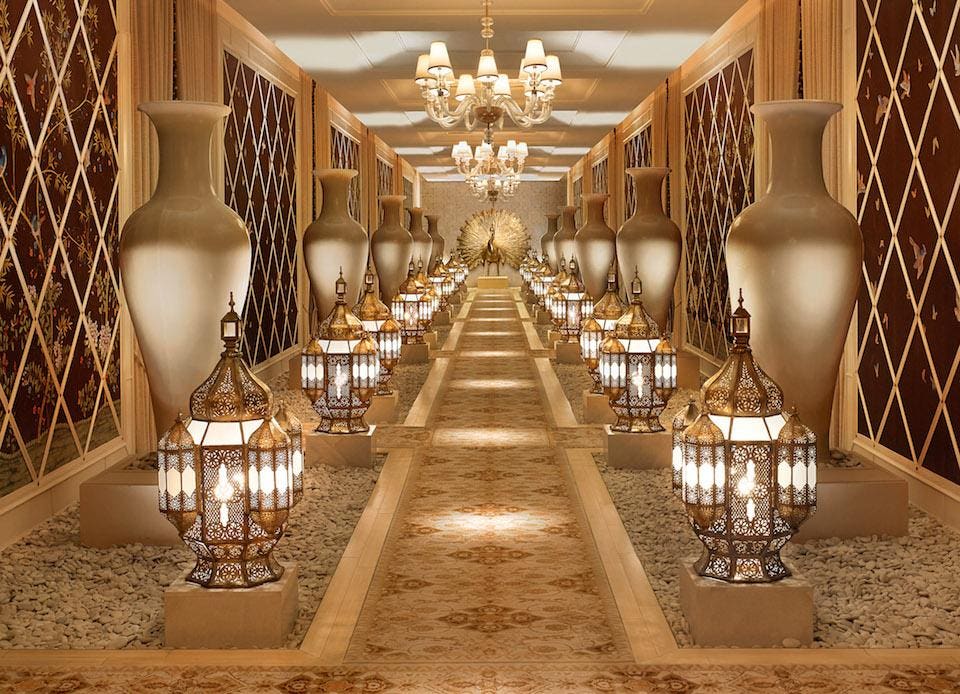