HOW TOURISM IS IMPACTING ECONOMIC DEVELOPMENT IN AFRICA 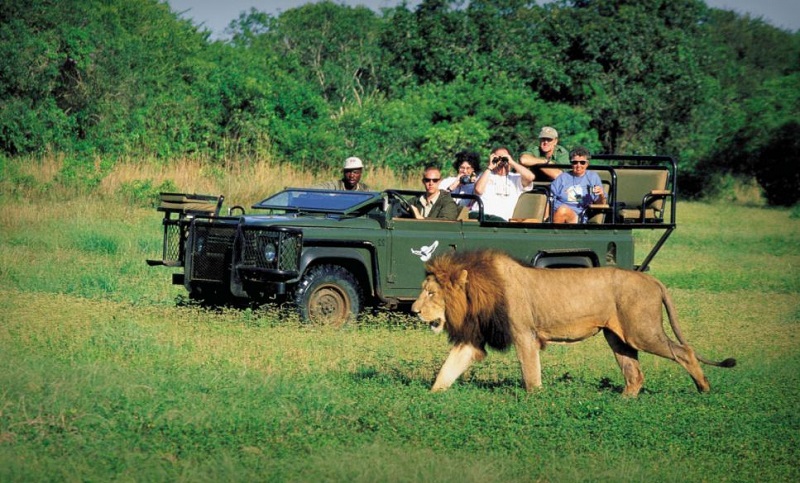 The United Nations World Tourism Organization (UNWTO) has published the latest World Tourism Barometer which covers world tourism rankings. According to the report, international tourist arrivals totalled 1.4 billion (+6 percent) in 2018, 2 years ahead of expected time according to UNWTO‘s prediction in 2010 that the 1.4 billion mark will be achieved by 2020. Meanwhile, Africa recorded 7 percent increase in 2018, clearly above global average.

In recent times, Africa’s tourism sector has seen tremendous growth. According to data from the report, the continent is one of the world’s fastest growing tourist destination.

The Americas (+3 percent) welcomed 217 million international arrivals in 2018, with mixed results across destinations. Growth was led by North America (+4 percent) followed by South America (+3 percent), while Central America and the Caribbean (both -2 percent) reached very mixed results, the latter reflecting the impact of the September 2017 hurricanes Irma and Maria.

Data from Africa points to a 7 percent increase in 2018 (North Africa at +10 percent and sub-Saharan +6 percent), reaching an estimated 67 million arrivals.

In relative terms, the Middle East (+10 percent), Africa (+7 percent), Asia and the Pacific and Europe (both at +6 percent) led growth in 2018. Arrivals to the Americas were below the world average (+3 percent)

Contributing factors to the immense growth in tourism

According to data from the Africa tourist monitor, an AfDB annual report on the tourism industry in Africa, as global tourism increases year over year so does African tourism experience growth. Statistics show the sector has recorded a continuous upswing since 2016 when Africa’s tourist arrivals stood at 62.9 million, a 5.1 percent share in worldwide tourism arrivals which was at its peak with 1.239 billion international tourist arrivals.

The influx of tourists means more money coming into the continent. As a result, governments across the continent are prioritizing tourism in their overarching development agendas, improving the business climate for tourism and encouraging investment in infrastructure and hospitality. Africa is embracing nature and wildlife tourism, international brands and technological change. The recent uprise can be attributed to the more liberal travel policies, new businesses models, not forgetting standard hospitality. Some cases of liberal travel policies include the introduction of the e-visa and the single visa scheme, enabling tourists to visit all Southern African Development Community (SADC) member states using just one visa. Other examples include the “KAZA” (Kavango Zambezi) common tourist visa developed by Zambia and Zimbabwe, and the single visa covering three countries (Kenya, Uganda and Rwanda) launched by the East African Community (EAC) in February 2014.

The hotel market in Africa is still under-represented with under-capacity in most cities. However, there has been increased hotel operators on the continent that provide quality services on the international standard at an affordable price, bringing a compelling lifestyle for tourists. The launch of several initiatives across the continent has attracted tourists from around the world. With the launch of the Airbnb hospitality network which currently has more than 100,000 accommodation listings across Africa, and hosts have welcomed more than 2 million guests in the past five years.

In line with the historical growth trend and the underlying projects to improve the tourism market, the African tourism industry will boast of unprecedented growth.