India on Wednesday suspended all tourist visas until April 15 and said it would quarantine travellers arriving from seven virus-hit countries as it attempts to contain the spread of the new coronavirus.

The move comes as the World Health Organization declared the outbreak a pandemic, and as countries worldwide scramble to contain the spread of the COVID-19 virus.

India’s visa suspension is to begin on March 13 at 12:00 GMT at the port of departure, the government’s Press Information Bureau said.

Diplomatic visas and visas for international organisations, employment and projects are exempt.

While the majority of COVID-19 cases have been in China – which shares a border with India – the number of new infections has steadied there. Hotspots, however, have emerged in Italy, Iran and Spain.

In China, where the pandemic originated in December, more than 3,000 people have died, with the total number of infections at 80,924.

All travellers, including Indian nationals, “arriving from or having visited China, Italy, Iran, Republic of Korea, France, Spain and Germany after February 15 will be quarantined for a minimum period of 14 days,” the statement read.

The number of COVID-19 cases in India – which has a population of 1.3 billion – has doubled to 73 in the past four days, increasing public fear and the government’s state of alert.

Many of the cases have been blamed on Indians who have travelled or worked in badly hit countries in Europe and the Middle East.

The visa decision was reached following a meeting of ministers led by Health Minister Harsh Vardhan, the statement read.

The government also “strongly advised” Indians against non-essential foreign travel, warning that they can be subjected “to quarantine for a minimum of 14 days.”

Holi celebrations in India was muted after Prime Minister Narendra Modi said he would not celebrate the spring festival of colours.

Visa-free travel granted to Overseas Citizenship of India (OCI) card holders – some three million people, not nationals but from ethnic Indian families living abroad – was put on hold until April 15.

And land border traffic will be funnelled through “designated checkpoints with robust screening facilities.”

Foreign nationals who plan to travel to India “for compelling reasons” can contact their nearest Indian mission, the statement said.

Separately, India’s Bureau of Immigration said that all visas and e-visas granted to French, German and Spanish nationals before Wednesday “and who have not yet entered India stand suspended with immediate effect.”

And Italian, Iranian, South Korean and Japanese nationals who have visas issued before March 3 “who have not yet entered India remain suspended.”

Visas granted to Chinese nationals before February 5 also continue to be suspended, the statement read.

Foreigners already in India with valid visas are unaffected by the new requirements.

After the visa announcement, national carrier Air India said it was temporarily suspending flight services to Rome, Milan and Seoul, the Press Trust of India reported. 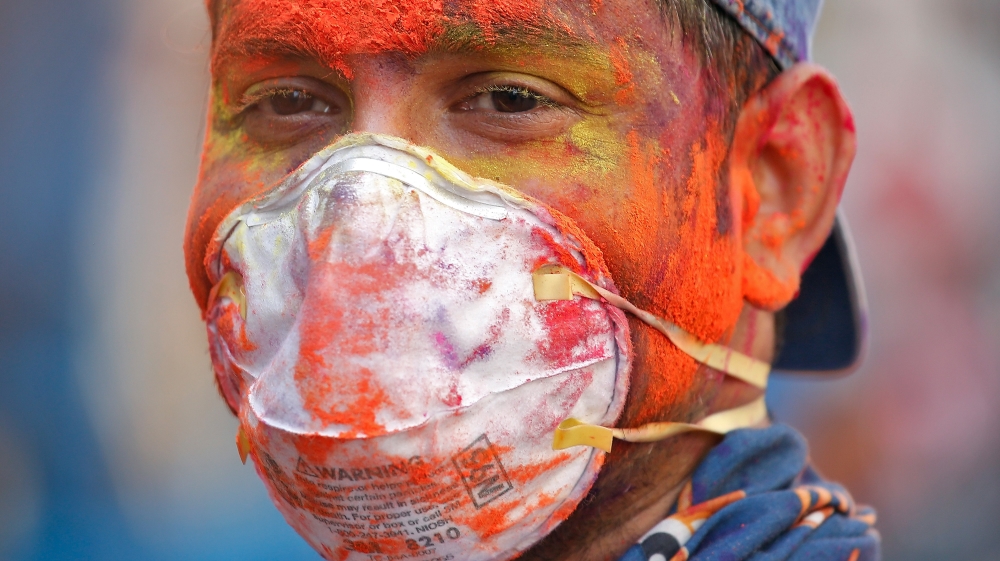