Osaka Votes To Decide Casino Question, But Not The Big One

On Sunday, voters in Osaka will choose a new mayor and governor in elections that carry strong implications for the effort to obtain a license for a casino complex in Japan’s third largest city. But the results won’t address the most basic question looming behind the drive for a so-called integrated resort in Osaka Bay with a multi-billion dollar price tag.

On March 7, Osaka Prefecture Governor Ichiro Matsui and Osaka City Mayor Hirofumi Yoshimura announced that they would resign and run for each other’s jobs under the banner of their Osaka Ishin no Kai (Osaka Restoration) party. They seek to swap jobs because if they ran for the same positions their terms would still expire respectively in November and December this year. By swapping jobs, they each will get a full four year term, provided they win.

The election centers on Osaka Ishin no Kai’s signature issue, merging the Osaka prefecture and city governments into a single entity, a metropolitan government, the same structure as in Tokyo. Voters most recently rejected the idea in 2015, and Ishin triggered a double election after that defeat. In early March, Ishin’s erstwhile coalition partner Komeito blocked efforts for a new referendum, leading to this twin vote. 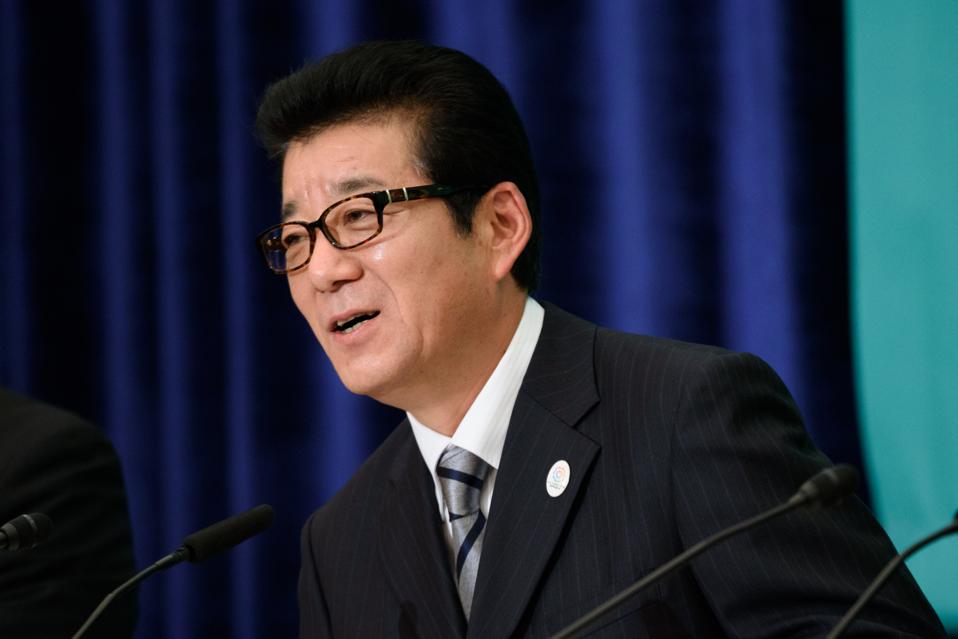 Osaka Governor Ichiro Matsui. who stepped down to run for mayor, wants an integrated resort to open in Osaka ahead of World Expo 2025. (Photo: Akio Kon/Bloomberg)

Under the leadership of Prime Minister Shinzo Abe, LDP has spearheaded casino legalization nationally. Legislation passed last July enables creation of IR, entertainment complexes with casinos, that could cost US$10 billion or more. Osaka is a leading candidate for one of the three IR licenses available in this initial phase. So, naturally, the LDP nominees in Osaka favor an IR.

The Ishin candidates, however, want an IR even more. In November, Osaka won its bid for World Expo 2025, and Matsui wants Osaka to open its IR ahead of the Expo. Both the Expo and the IR are planned for Yumeshima, an artificial island in Osaka Bay, south of the city center.

Whether an IR with thousands of hotel rooms, Japan’s largest exhibition and convention space and more can be opened by 2025 largely depends on whether Japan’s national government completes the IR regulatory framework with uncharacteristic speed. Whether opening an IR by 2025 is a good idea depends on who you talk to. 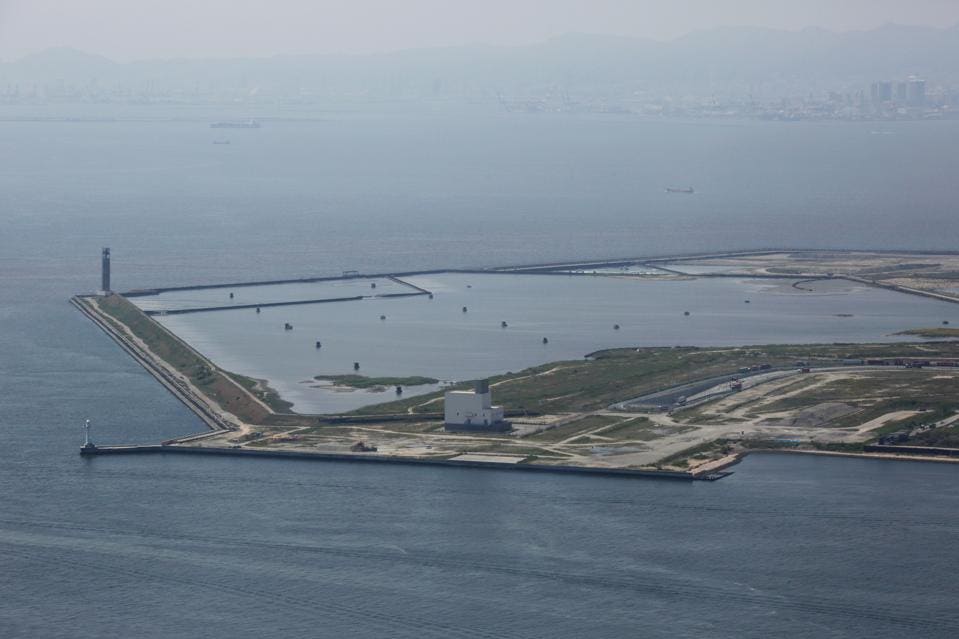 Yumeshima, an artificial island in Osaka Bay, has been selected as the site for World Expo 2025 and proposed for an integrated resort that could set a new global standard. (Photo: Tomohiro Ohsumi/Bloomberg)

“The government has expressed the desire for a world-class integrated resort in time for Expo 2025,” MGM Japan CEO Ed Bowers says. “We look forward to working very closely with city and prefectural authorities to develop the most iconic IR, one that will distinguish Osaka as a world-class city.”

“This will be a challenge for everyone,” Galaxy Entertainment Japan general manager Satoshi Okabe says. “However, we have experience in developing mega properties, including our flagship Galaxy Macau, and we are always ready to prepare and propose the best plan to achieve objectives of the local government.”

“Expo has already changed the game for Osaka,” Melco Resorts executive vice president Frederic Winckler says. “You have an incredible launch platform to work from, with 28-to-30 million people expected to visit Expo.”

“Completing an Osaka IR on Yumeshima by the opening of the World Expo is tight at best,” Global Market Advisors government affairs director Brendan Bussmann says. Beyond the government regulation and selection process, there’s a development challenge: “One of the biggest needs for Yumeshima and the Expo is nearby hotel rooms. Unfortunately, the hotel tower is among the IR components that takes the longest to construct.”

A casino executive requesting anonymity notes that the impact of the Expo will be counted in months, while the impact of the IR will be counted in decades. Perhaps more consequential, “Japan has the opportunity to create IR 2.0 in terms of design, scope, and offerings,” Bussmann believes, “and I do not believe they would like to see that next standard compromised” by rushing a project to fit the World Expo deadline.

Osaka voters are unlikely to focus on the proposed IR’s timing when they go to polls, and they won’t get a choice on the bigger question of whether they want the IR at all. Polling last year found only 19% of residents sampled favored an IR, with more than twice as many opposed. Casino proponents question those results, noting that Japanese doesn’t have a suitable translation for IR and more detailed polling that explains the concept gets more favorable results. Nothing explains why, more than five years after introducing IR legislation, proponents from Prime Minister Abe down haven’t done more to make their case with the public.