Salar De Uyuni: Where To Find The World’s ‘Mirror Of God’

When you think about the most beautiful places in the world, you probably think of mountains, lots of trees, fancy beaches etc.

Your list most likely doe not include any salt flats which definitely makes that list incomplete! The Salar de Uyuni is the world’s largest salt flat, and it’s considered to be one of the most extreme and remarkable spots in South America.

In the immediate vicinity, you can find an antique train cemetery, a hotel made of salt, and enough lithium to power every device you’ll ever own — but the flat itself is definitely enough to write home about.

There is no better way to stare at your reflection than on a large expanse of land which is covered on salt. Feel free to even chant “Mirror, Mirror on the floor, who is the fairest of them all? ” 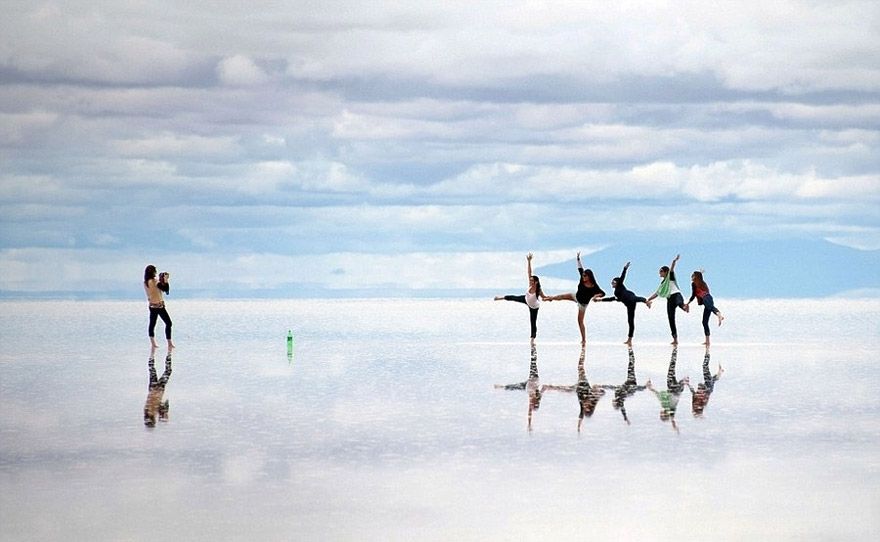 Located between Potosi and Oruro, near the peaks of the Andes Mountains, this salt-lined Bolivian which is 10,582 kilometres is formed by some prehistoric lakes, which changed in shape from about 30,000 to 42,000 years ago.

The surface of the meadow is always covered with a very thick layer of salt, coupled with the heat of the sun which keeps it dry throughout the year.

Despite the dry conditions, freezing nighttime temperatures, and fierce desert sun, the Salar de Uyuni actually does sustain life, including one of nature’s most beautiful creatures – the pink flamingos and rare hummingbirds.

On the other hand, when it rains, the surface gets flooded which forms a shallow lake. The reflection of sunlight radiated with salt deposits and thin and calm water layers make it look like a giant mirror reflecting the sky and the objects above it.  So remarkable a view, many tourists tagged it the “Mirror of God”.

Don’t Go There! Expert Summer Travel Advice For Your Next Vacation

SPAIN TRAVEL: AS COUNTRY OPENS UP TO UNVACCINATED BRITISH HOLIDAYMAKERS, WHAT ARE THE RULES?

Memorial Day weekend travel expected to surge in region and beyond

Memorial Day is expected to produce a considerable uptick in people on the roads and in the skies...