In southern Japan there exists a 1,000-year-old trail that is stop-in-your-tracks stunning but almost completely devoid of crowds. It stars towering trees, fragrant forests, ancient stepping stones, sacred structures and gorgeously green surroundings. And yet there are only four user reviews of it on Google.

The trek is called the Kumano Kodo, and it’s actually a network of four pilgrimage routes on the Kii Peninsula. After recently hiking 40 miles along the Nakahechi Route and nearby shrines, I’m convinced that Kumano Kodo is Japan’s best-kept secret — if not the world’s greatest unknown trek.

Wonderful wilderness without the crowds

When I say few crowds, I mean it. Officials cite fewer than 200,000 total hikers per year along the Kumano, the vast majority of which are Japanese. Compare that to the 2.6 million (majority foreign) hikers along the longer and significantly less scenic Camino de Santiago in Spain, the only other specially designated pilgrimage trek in the world. Granted, several million more visit the three Grand Shrines of Kumano by bus, but you’ll have the actual trail largely to yourself. Most days I would hike the fern-filled paths for hours, if not entire afternoons or mornings, without crossing paths with another soul. 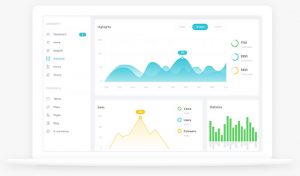 A triforce of grand temples, torii gates, and shrines

While the Kumano Kodo was originally designed as a purifying pilgrimage route for practitioners of Shinto, the traditional religion of Japan, today its seven major trails are largely used for recreation. Still, the Kumano very much remains a spiritual experience. Along the path there are countless torii gates, rejuvenating hot springs, and 99 sub-shrines that were once visited by pilgrims seeking to alleviate back, tooth and other pains. And then there are the three Grand Shrines, whose awe-inspiring architecture are an attraction on their own.

A cultural pilgrimage as much as an outdoor one

In addition to exposing you to some truly great outdoors, the Kumano Kodo offers an authentic and age-old glimpse into how modern Japanese still like to vacation. You’ll encounter (and hopefully participate in) lots of naked bathing in natural hot springs (called “onsens”), sleeping on straw-matted floors (called “tatamis”) in sparsely decorated rooms at traditional Japanese inns (called “ryokans”), and wearing the provided casual kimono robes (called “yukatas”) in lieu of Western clothes while staying at said inns. All told, the 1,300-year-old tradition is alive, well and revered by locals almost as much as the nearby Shinto shrines.

The birthplace of Japan — where new meets old

Rather than taking a Western approach of “Out with the old, in with the new,” Japan is known for keeping old ideas next to new ones. The same is true of the Kumano. Here you’ll experience calming seclusion among cedar and cypress, in addition to great cell service. You’ll encounter Zen-like reverence as often as you will a fully automated vending machine while passing through radically clean mountain villages. A little to the north, you’ll also find the ancient capitals of both Asuka and Kyoto. While there, I recommend visiting the mysterious and Stonehenge-like Ishibutai Tomb, in addition to the national treasures of Kyoto: Fushimi Inari (shrine of 10,000 gates), Arashiyama Bamboo Groves (at sunrise or sunset to avoid crowds), and the Zen gardens of Tofukuji Temple.

See it before it’s discovered

So how has this trail remained undiscovered, especially in the age of the internet? Maybe it’s the steep climbs, lack of switchbacks, and sometimes physically demanding nature of the trail that keep people away. Maybe it’s because Japan isn’t recognized for its hiking, or that foreigners balk at the admittedly foreign bedding and customs.

Whatever the reason, the Kumano Kodo and surrounding Kii Peninsula combine two powerful ingredients into one remarkable experience: Stunning natural landscapes; and the endearing display of contemporary and timeless Japanese culture. See highlights from the trek in the slideshow above.