Google Maps turned 15 in February 2020, and the Street View team published a list of their 15 favourite Street Views to celebrate the America tech giant feature.

Google’s mission is to organise the world’s information and make it universally accessible and useful. Through products and platforms like Search, Maps, Gmail, Android, Google Play, Chrome and YouTube. Google plays a meaningful role in the daily lives of billions of people and has become one of the most widely-known companies in the world.

Google has detailed these 15 amazing pictures below as they offer a wonderfully colourful list of places to explore and learn about for tourists, children and adults. 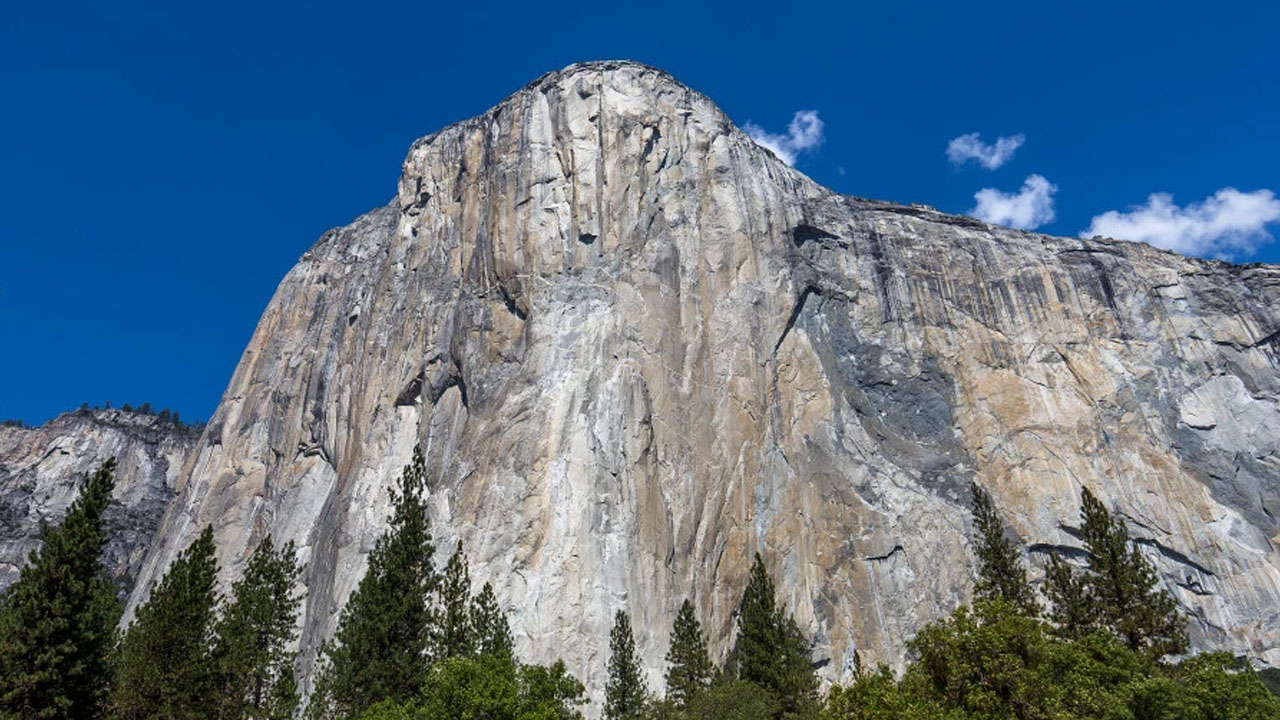 1. Scale Yosemite’s El Capitan with a famous climber
Go mountaineering in Yosemite without having to take a 3,000-foot climb up El Capitan. Some people did incur risk to bring you up the wall, but trust us, they’re professionals.

2. Float through the International Space Station in Space
All but one of our Street View image collections have something in common: gravity. But with the right stuff and collaboration with NASA, we were able to overcome truly unique obstacles to bring everyone a taste of what it’s like to be an astronaut.

3. Horse around with us at Mongolia’s Lake Khövsgöl Ice Festival
How do you spend a bone-chilling winter in Mongolia? By going outside and having a festival on an ancient frozen lake, of course! We took Street View to the party and hopped on a horse-drawn sleigh for the sweetest of rides across a glacial playground.

4. Climb the monarch of mountains: Mont Blanc in the Alps
If you’re ready for dramatic views of snow-tipped mountain tops, take a journey 16,000 feet up Mont Blanc. We partnered with world-renowned alpine photographers, skiers, mountaineers, climbers and runners to collect the Street View of Western Europe’s highest peak so that you can run on a summit, ice climb up a serac and ski knee-deep in some of the best powder on Earth. 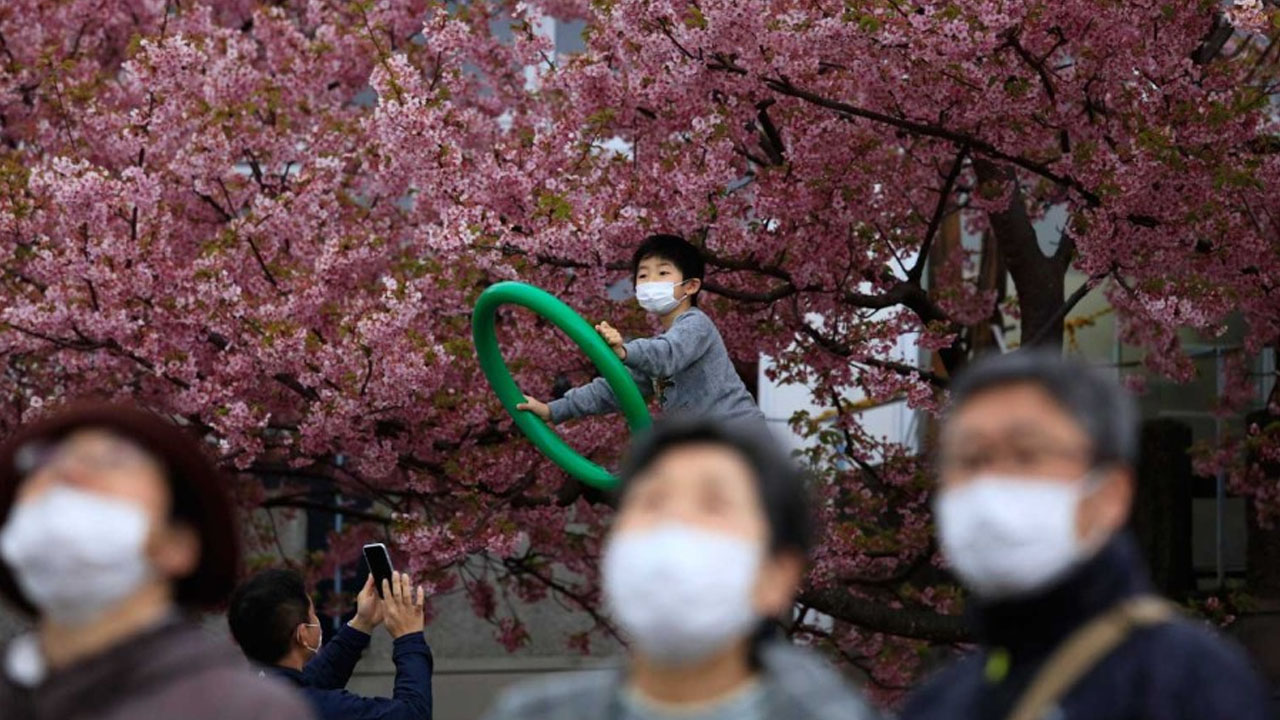 5. Take in Tokyo’s cherry blossom season
Japan’s sakura, or cherry blossom season is world-famous. Take a casual stroll with Street View during Tokyo’s springtime and be sure to look left to catch a glimpse of the famous Zōjō-ji Temple, located in the Shibakoen neighbourhood near Tokyo Tower.

6. Bathe in La Sagrada Familia’s lights without the crowds
Let your jaw drop as you enter the main chamber of La Sagrada Familia. This might be your only chance to witness the church’s famous tree-like columns, shimmering lights and vertigo-inspiring views without having to join a herd of gawking visitors.

7. Scuttle with crabby company on Christmas Island
Head over to Christmas Island, a remote tropical territory of Australia, to shellebrate the island’s annual red crab migration. Along with a sweeping sunset view, you can see millions of crabs march from the forest and right into the sea. 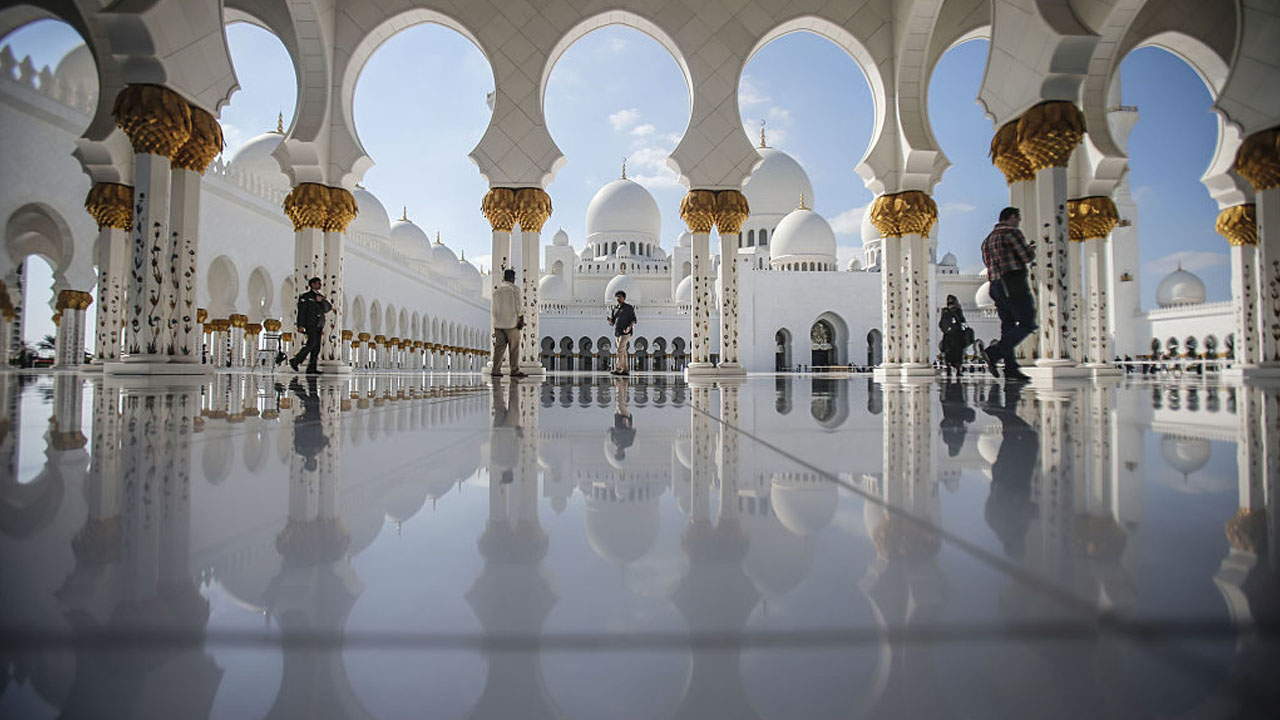 8. Stroll through the majestic Sheikh Zayed Grand Mosque in Abu Dhabi
See architectural styles from Muslim civilisations in one of the world’s largest mosques, the Sheikj Zayed Grand Mosque. Able to accommodate 40,000 worshippers, the mosque has an open-door policy, inviting visitors from around the world to see its intricate domes, reflective pools and mesmerising prayer hall.

9. Drift with the Ilulissat Icefjord in Greenland
Feel the chill as you peer at Greenland’s Ilulissat Icefjord, where a glacial ice cap meets the ocean. Named a UNESCO World Heritage site in 2004, it’s imagery like this that reminds us both of our planet’s beauty and of how climate change is impacting the natural world.

10. Meet the world’s only flightless parrot: the endangered
Virtually step into the home of the kākāpō and explore prehistoric New Zealand just as it was millions of years before the first boat ever landed on its shores. Join Street View on an exclusive tour of windswept sanctuaries and pristine reserves that are off-limits to visitors. 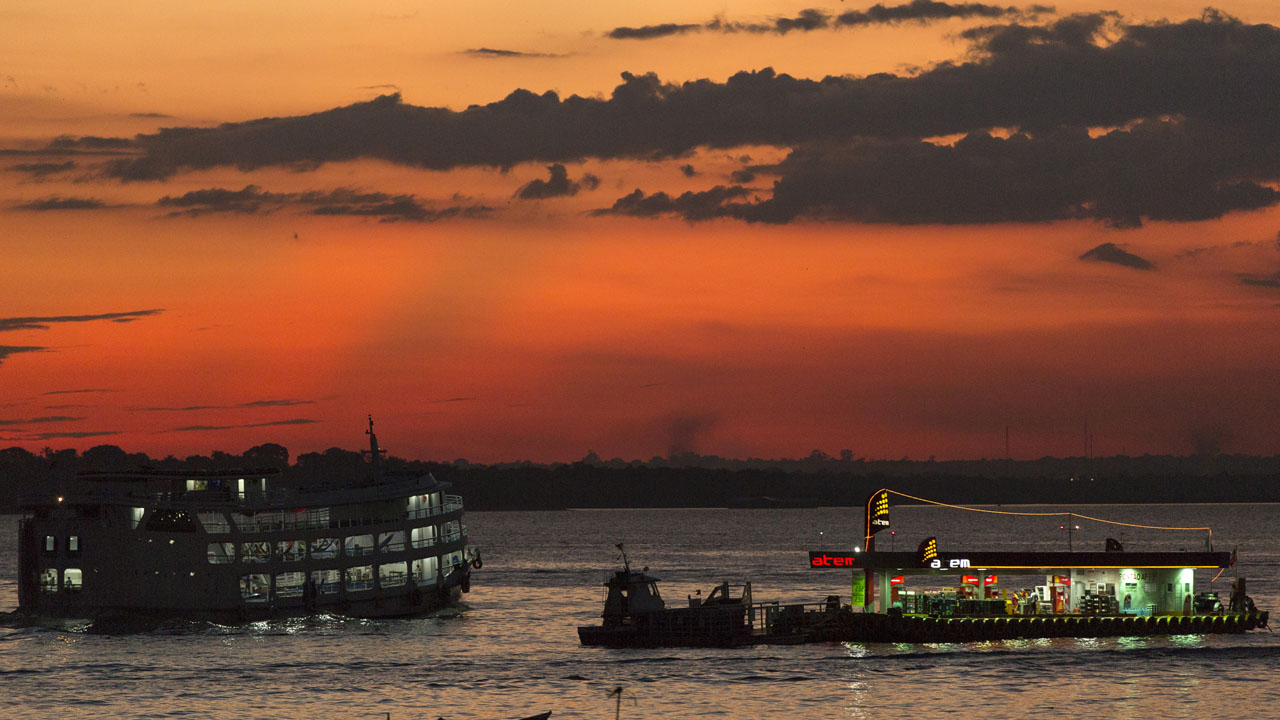 A floating Atem gas station for small and medium vessels is seen in the middle of the Rio Negro river, near the Port of Panair in Manaus in Amazonas state January 7, 2015. Picture taken January 7, 2015. REUTERS/Bruno Kelly (BRAZIL – Tags: BUSINESS ENERGY MARITIME)

12. Visit the floating homes of the Uros in Lake Titicaca
Cultures, countries and climates may differ, but we all have a place to call home. See how the Uros people of Lake Titicaca in Peru make their homes on floating reed islands that entire villages rest on top of. 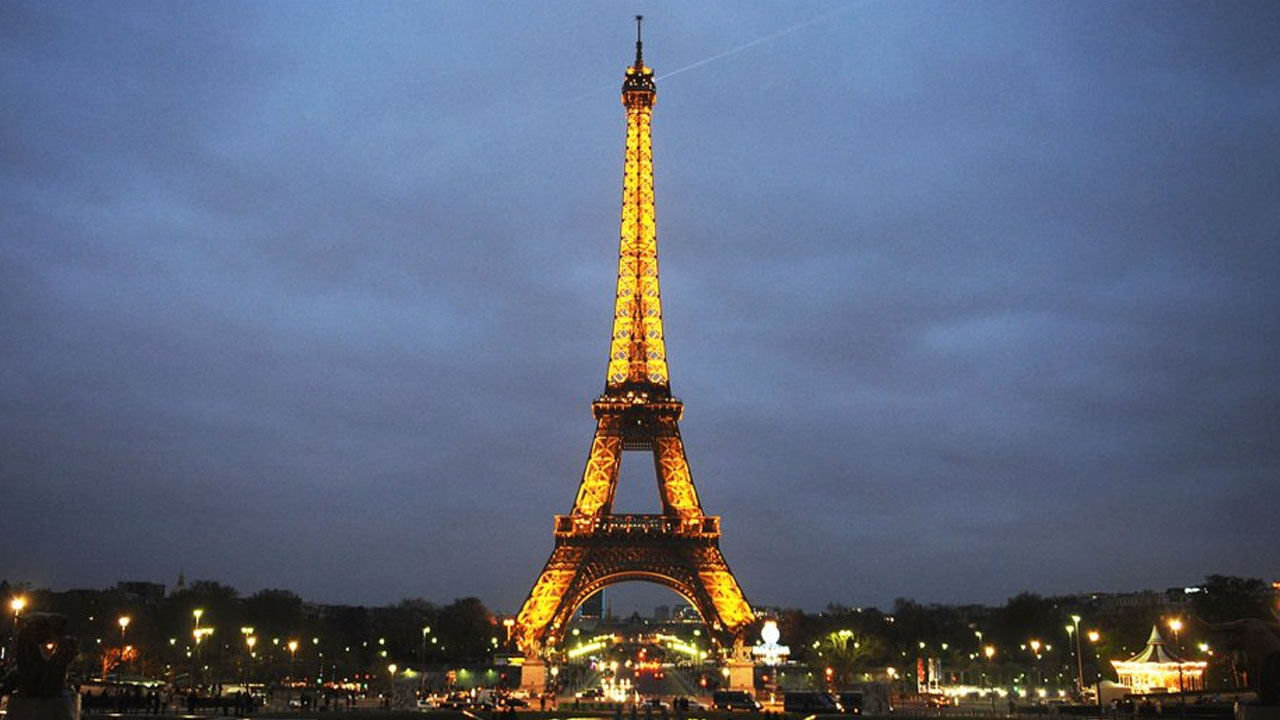 13. Take in the Eiffel Tower
Whether you suffer from crippling vertigo or just haven’t had the chance to see the iconic Eiffel Tower, Street View has you covered. You can take a tour of the top of Paris right from home, catching a glimpse of attractions like the Arc de Triomphe, Montmartre and the River Seine.13_paris.jpg

14. Gaze up at the Northern Lights
You don’t have to travel to the most northern corners of the world to see the natural phenomenon that is the Northern Lights. It took our team six nights in the snow before finally being able to capture the elusive Aurora Borealis on the frozen Pitkäjärvi Lake in Finland. 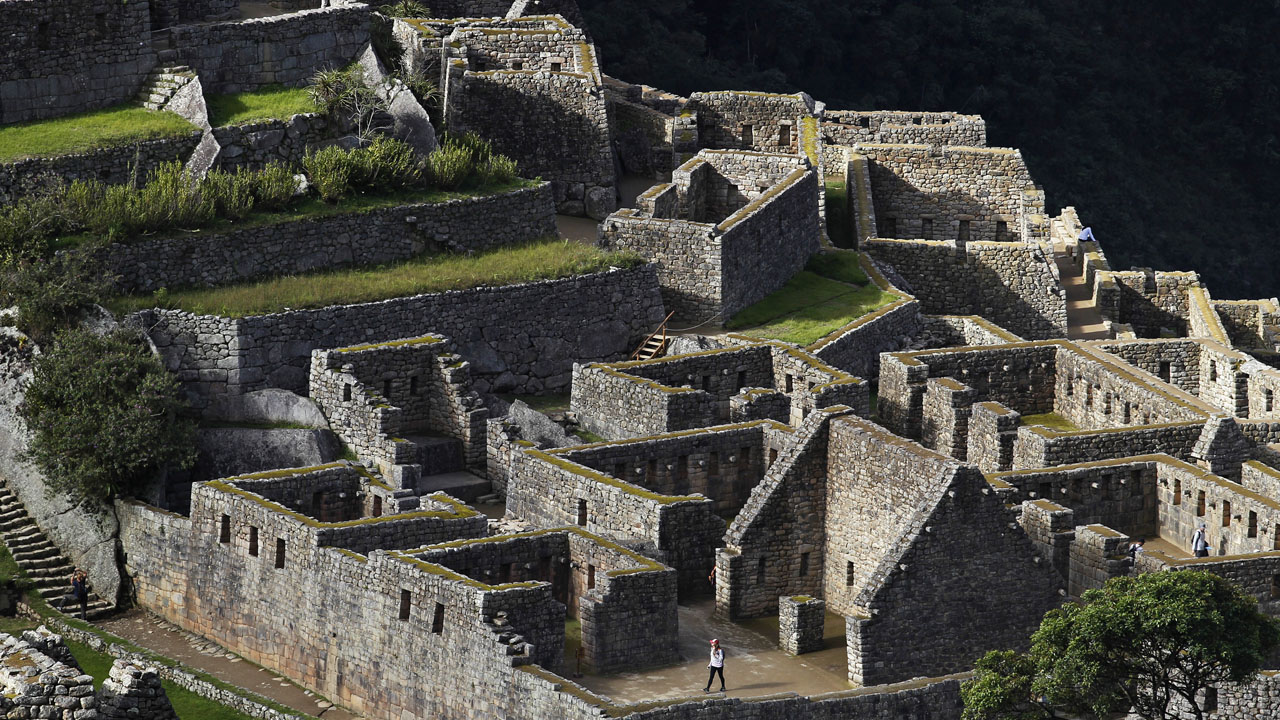 A visitor walks at the Inca citadel of Machu Picchu in Cusco December 2, 2014. Machu Picchu, a UNESCO World Heritage Site, is Peru’s top tourist attraction, with the government limiting tourists to 2,500 per day due to safety reasons and concerns over the preservation of the ruins. REUTERS/Enrique Castro-Mendivil (PERU – Tags: SOCIETY TRAVEL ENVIRONMENT)

15. Meander through Machu Picchu
After waiting for years to secure permission to collect imagery from this world wonder, we methodically zig-zagged through the ancient site’s terraces and temples with Google Arts & Culture over seven days to make this world heritage site accessible to all.