The Great Escape: Beautiful Places To Explore In Canada

The conversations on traveling to Canada is mostly centred around migration. However, the North American country has so much to offer other than the promise of a good life.

Canada is one of the most beautiful countries in the world. You’ll have to see and experience it to believe it.

It is important to note that, starting on January 7, 2021, all air passengers five years of age or older, including Canadians, will be required to show a negative COVID-19 test result taken within 72 hours prior to boarding their scheduled departure to Canada.

Also, note that at the moment of this writing, some of the listed attractions may be temporarily closed. 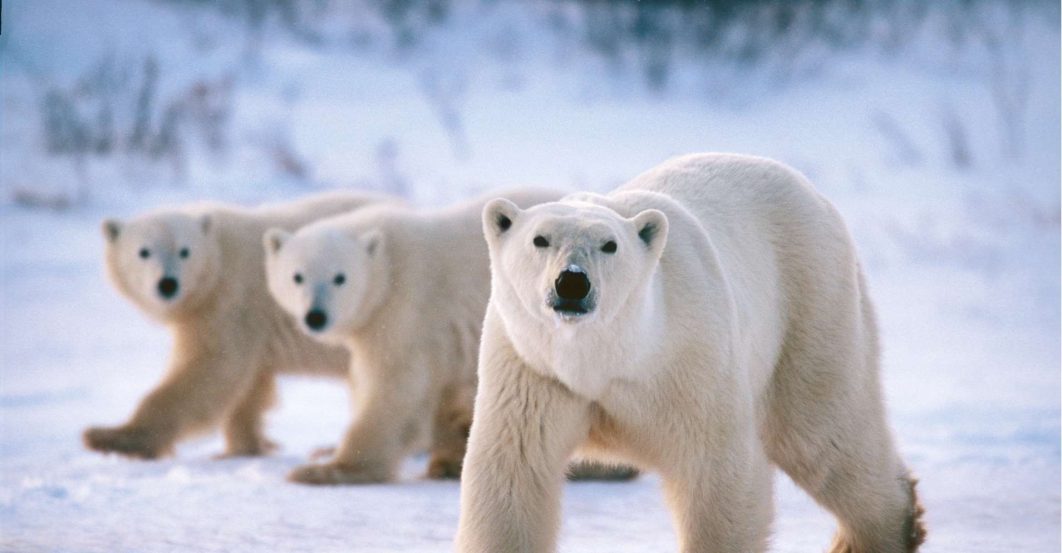 Churchill is a town in northern Manitoba, Canada, on the west shore of Hudson Bay. It is most famous for the many polar bears that move toward the shore from inland in the autumn, leading to the nickname “Polar Bear Capital of the World” that has helped its growing tourism industry.

Tourists can safely view polar bears from specially modified vehicles built to navigate the tundra terrain. There are also opportunities to see polar bears in the non-winter months, with tours via boat visiting the coastal areas where polar bears can be found both on land and swimming in the sea.

Thousands of beluga whales, which move into the warmer waters of the Churchill River estuary during July and August to calf, are a major summer attraction. Churchill is also a destination for bird watchers from late May until August. 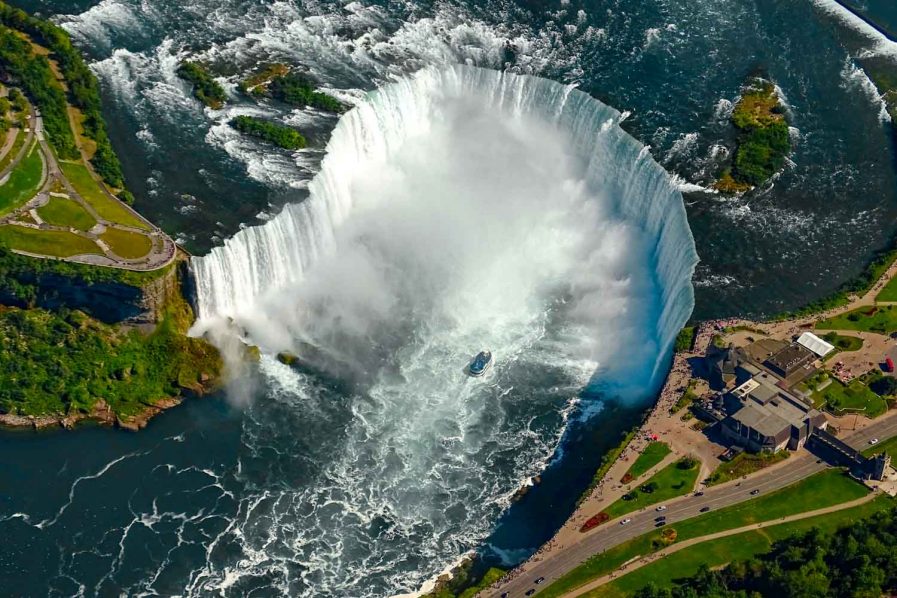 Niagara Falls is a group of three waterfalls at the southern end of Niagara Gorge, spanning the border between the province of Ontario in Canada and the state of New York in the United States. The largest of the three is Horseshoe Falls, also known as Canadian Falls.

Niagara Falls is one of the most beautiful natural wonder you’ll ever see.

Niagara Falls illumination is a must for any visitor! Every night of the year, the three waterfalls that make up Niagara Falls are illuminated in glowing colours creating a stunning vista that can be viewed from near and far. The glowing waters against the dark sky elevate the beauty of the thundering wonder, making Niagara Falls at night unlike anything you’ve ever experienced. 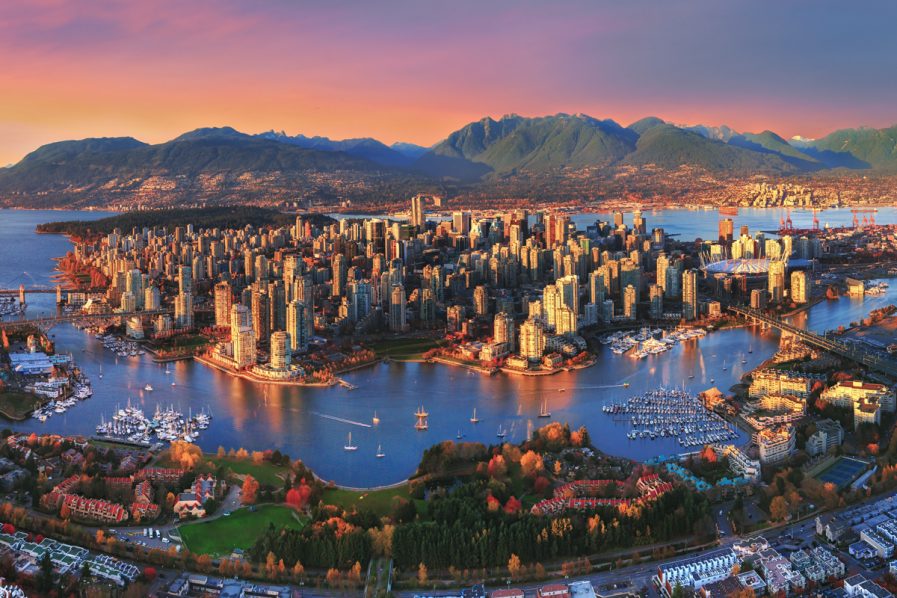 Vancouver is Canada’s third-largest city is known for its rich cultural offerings and easy access to the sea and mountains. Vancouver is consistently named as one of the top five worldwide cities for livability and quality of life.

Vancouver has a vibrant nightlife scene, whether it be food and dining, or bars and nightclubs. The Granville Entertainment District has the city’s highest concentration of bars and nightclubs with closing times of 3 am, in addition to various after-hours clubs open until late morning on weekends.

If you love films, Vancouver is a major film location, known as Hollywood North, as it has stood in for several U.S. cities. 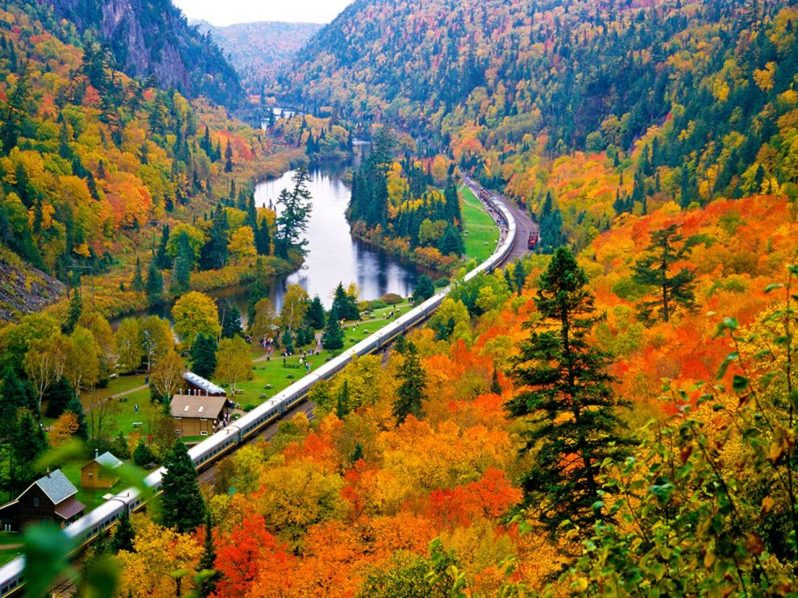 The Agawa Canyon is a shallow canyon located deep in the sparsely populated Algoma District in Northeastern Ontario.

Visitors to the canyon can climb 372 steps that lead to the “Lookout” located on the wall of the gorge. The observation platform situated 76 metres (250 ft) above the tracks provides a panoramic view of the canyon.

The convenient, popular way to see the canyon is by the Agawa Canyon Tour Train. Departing daily from the city of Sault Ste. Marie, the train travels 114 miles into Ontario wilderness. It features large viewing windows, GPS-triggered tour narration, and various dining options. 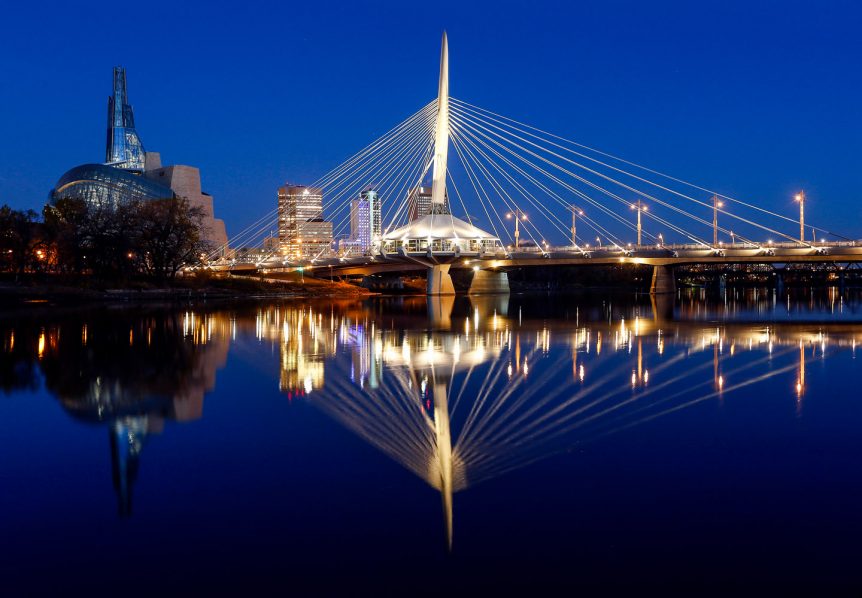 Winnipeg is the capital and largest city of the province of Manitoba. The city is named after the nearby Lake Winnipeg.

As of 2012, there are 26 National Historic Sites of Canada in Winnipeg. One of these, The Forks, attracts four million visitors a year.

To get around, Winnipeg Transit offers a free bus service called the Spirit Bus, with regular stops at major attractions, shopping, and entertainment spots.