The Ultimate Private Island Paradise: Kamalame Cay in the Bahamas

It is hard to talk about Kamalame Cay—the private island resort that has been a darling of the jet set for more than a decade—without bringing out the clichés. Robinson Crusoe. Castaway chic. And, of course, barefoot luxury.

I was late to the game in visiting Kamalame. But when I finally, recently made it to that corner of the Bahamas, one of the friends I was traveling with removed her shoes as soon as she set foot on the island. I thought perhaps she was jumping the gun. But no. She had been to Kamalame before and knew that this is exactly what one must do. Within a few days, hardly any of us had shoes on. 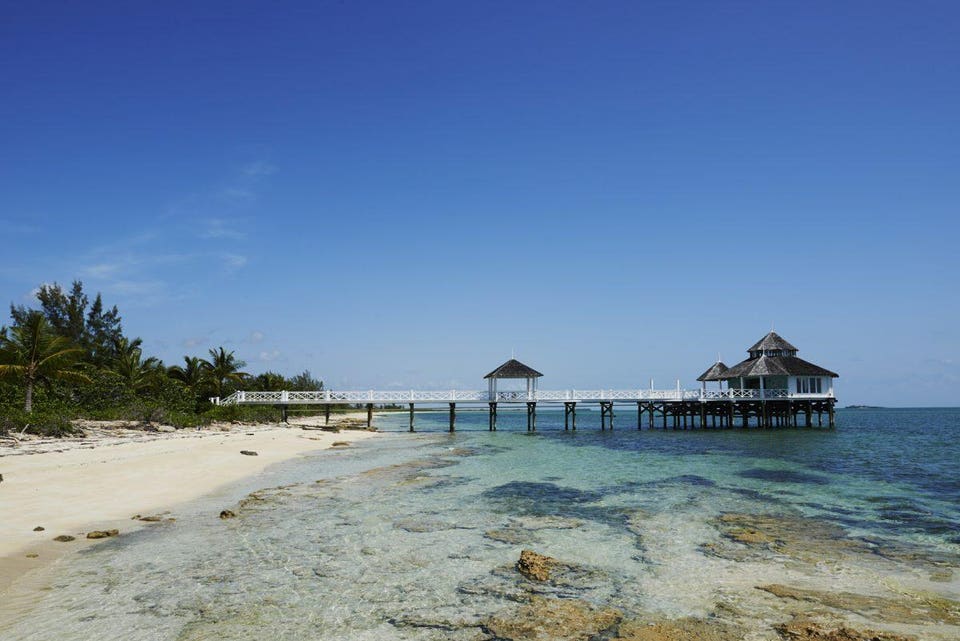 What is the point of wearing shoes when there is no pavement and everything is only sand? Where there are three miles of pristine white beaches? Where everyone is coming as they are and no one is making a fuss?

Also, there’s no need for a watch. Nor a phone, since yours likely won’t work here and the Wi-Fi is intentionally limited. You come here to disconnect.

Sure, I could say that about many places. But Kamalame has an energy all its own. A lot of that comes from the family of owners. Island living is in their blood. Brian and Jennifer Hew were born and raised in postcolonial Jamaica and came of age in an era when the island nation was a jewel of the Commonwealth. They moved to Florida to start a family in the 70s, when life in Jamaica became less laid-back. They frequently sailed to the Bahamas with their children. 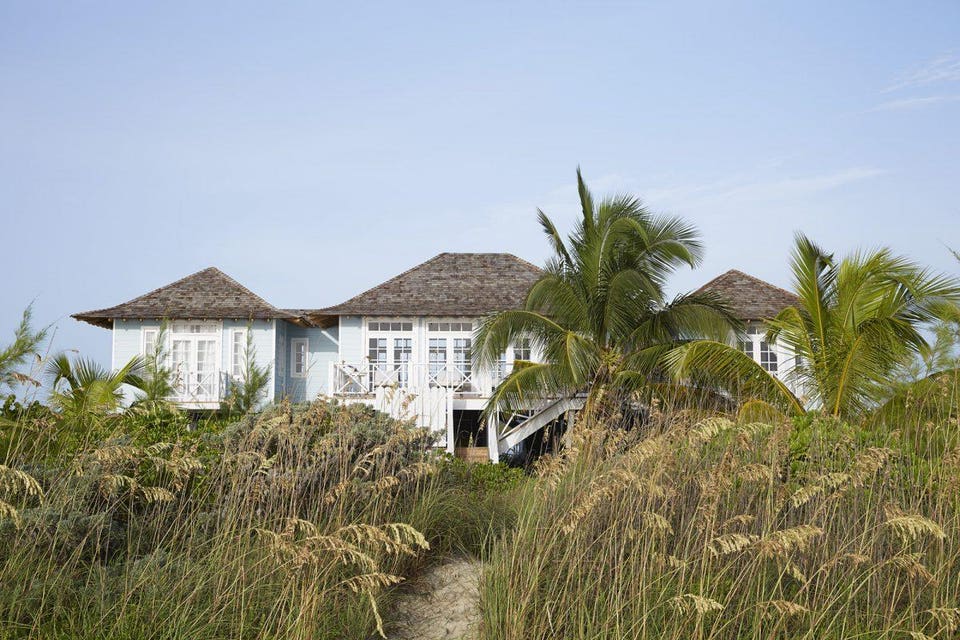 One of the villas

Eventually they came across an untouched atoll just off the Andros Barrier Reef. It called them back to island life. They wanted the 96-acre slip of sand to be their family home, but the government wouldn’t sell the land unless they agreed to build a hotel on it too.

One of the beauties of island life is that it teaches you to go with the flow. They agreed to the demand, bought the land in 1994 and began designing beach houses. They imported limestone and wood for construction, introduced thousands of palm trees, and layered the setting with hibiscus, bougainvillea and frangipani.

The idyllic tropical lifestyle that they had grown up with became available to guests in 1996, when Kamalame Cay opened with just three beach houses and the great house. Back then, it was a bit more rustic and the main clientele were hard-core bone-fisherman. 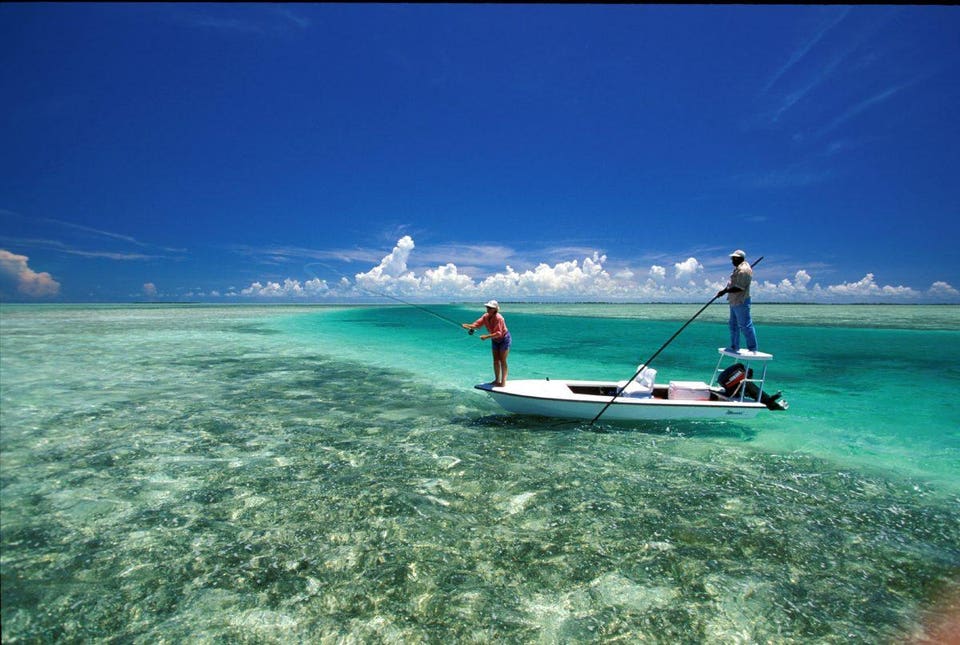 Since then, as the next generation has taken more control, it has increased in luxury and grown in size. Now it can host 70 guests in cute beach bungalows and larger bougainvillea-dressed cottages and villas. Kimberly Hew runs reservations while her brother, David, and his husband, Michael King (himself from the island of New Zealand), handle operations. They are some of the most gracious hosts anywhere in the Caribbean.

No wonder it has won so many accolades for its relaxed chic, natural charm and authentic island lifestyle. It’s the antithesis of a corporate luxury hotel. As they promise on their website, “a bikini and sarong count as dressed for dinner, every guest is treated as family, and the atmosphere is as much gracious vibe (and chilled rosé…) as spectacular setting.” 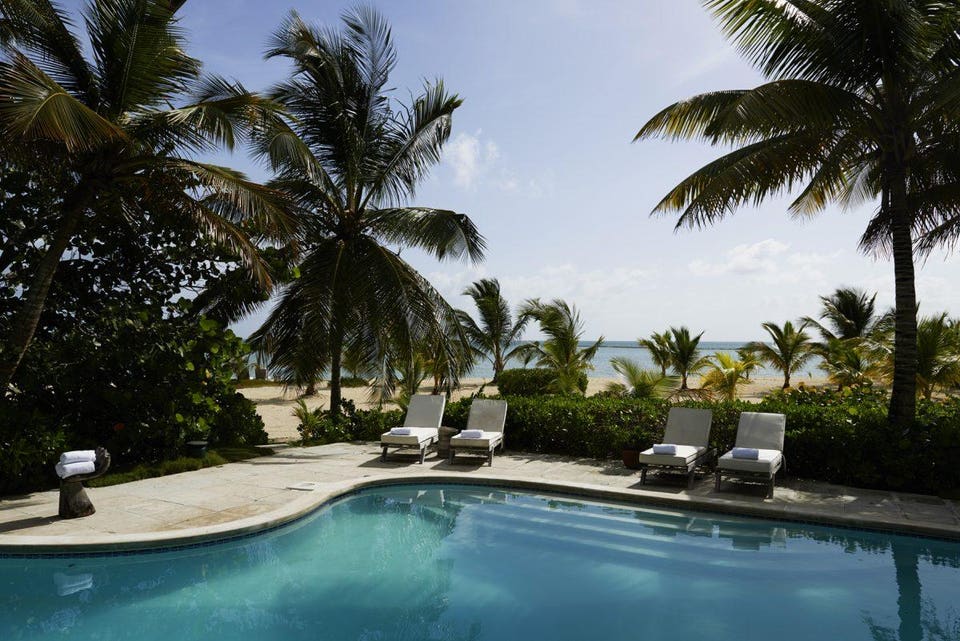 As for what one actually does on Kamalame, it’s one of those places where there is everything to do and it’s perfectly acceptable to do nothing at all. The bone fishing is still superb. There is all that beach, bicycles for exploring the island, a PADI-certified dive shop, all sorts of toys for water sports, and tennis courts. There is an overwater spa (!)  that uses 100% organic OSEA products.

The main restaurant, in the great house, serves an innovative, always changing locavore menu with South Asian accents. The thatch-roofed Tiki Bar & Beach Club has a fully stocked bar, open grill, and shaded seaside loggia. It’s perfectly dreamy for lunch but it becomes magical after dark, with torch- and candle-lit barbecues and bonfires.

These days, some of the culinary and social events draw a well-heeled clientele from Nassau (a journey that typically involves a chartered flight or boat). And many of them, too, kick off their shoes as soon as they arrive.