For tech-savvy travellers, a trip to a greek beach or some exotic location is not enough, they are most likely to feel at home in a tech-friendly environment. And where best to explore than cities at the forefront of technology?
Below are some of the four most advanced tech destinations you should visit:

Silicon Valley
Silicon Valley is home to many of the world’s largest high-tech corporations, including the headquarters of thousands of high technology companies including Adobe Inc., Apple Inc., Cisco Systems, eBay, Facebook, Inc., HP Inc., Intel, Netflix, Tesla, Inc., Paypal, Twitter and a host of others.

Some notable tourist destinations in and around Silicon Valley include:

Apple Park, the corporate headquarters of Apple Inc. The Visitor Center is the only part of Apple Park tourists are permitted to visit. The two-storey structure with four main areas: an Apple Store featuring Apple-branded merchandise not sold at regular Apple stores, a café, an exhibition space, and a roof terrace overlooking the campus.

The Googleplex, the corporate headquarters complex of Google. However, there is no Googleplex tour or Google campus tour in Mountain View. The only way a member of the public can tour the inside of campus buildings is if they are escorted by an employee—so if you happen to have a friend who works there, ask them to show you around. However, you can walk around 12 acres of the campus unescorted.

Zhongguancun became known as “Electronics Avenue” from the early 1980s on, due to its information technology markets along a central, crowded street.
In 1999, Zhongguancun became the “Zhongguancun Science & Technology Zone”, with seven parks: Haidian, Fengtai, Changping, Electronics City (in Chaoyang), Yizhuang, Desheng, and Jianxiang. According to the 2004 Beijing Statistical Yearbook, over 12,000 high-tech enterprises were operating in Zhongguancun’s seven parks. 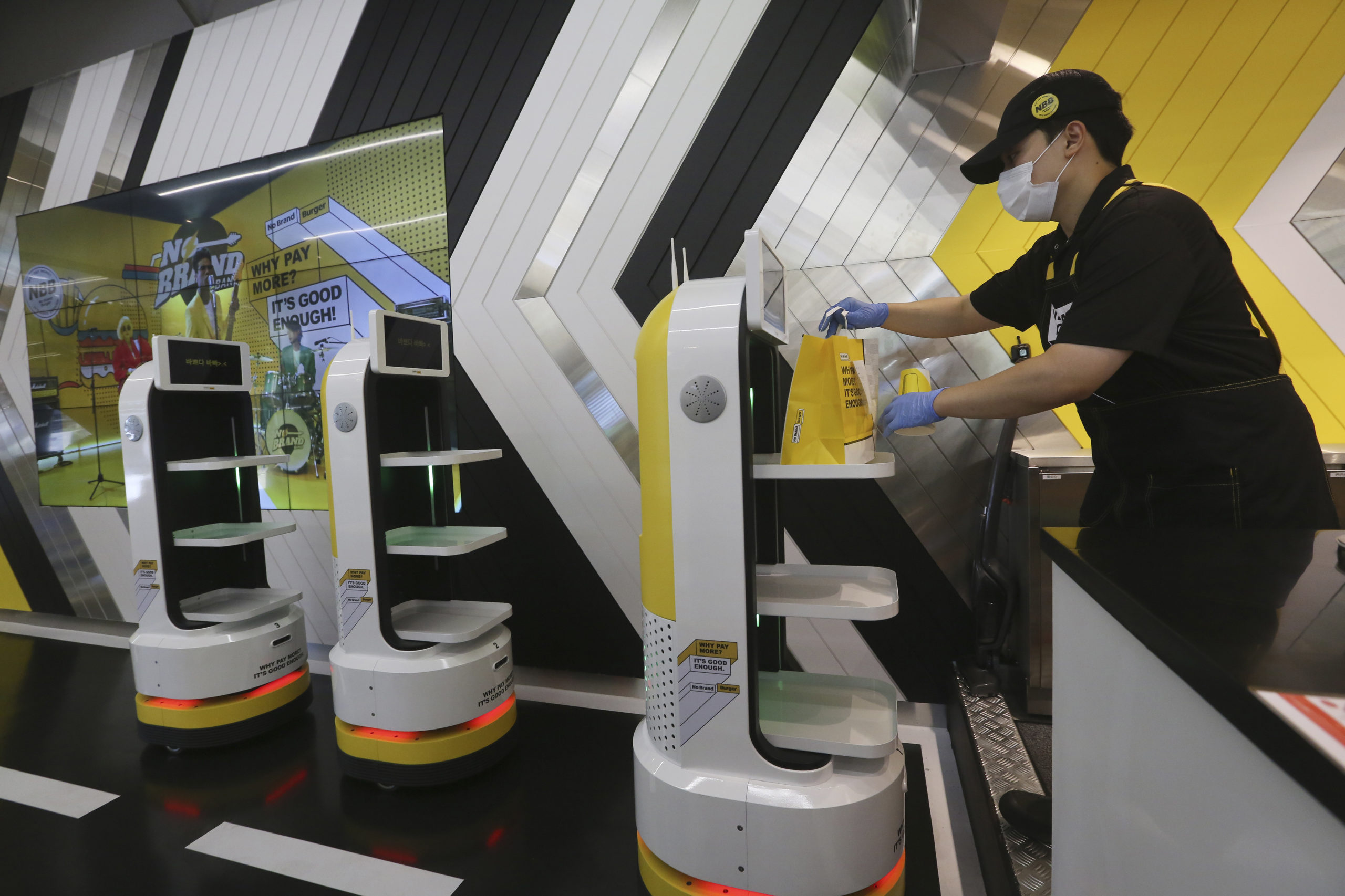 In this Sunday, Sept. 13, 2020 photo, an employee places a takeout bag with food at a robot at No Brand Burger in Seoul, South Korea. These robotic services have been seen as a selling point amid the coronavirus pandemic and its restrictions. (AP Photo/Ahn Young-joon)

Seoul, South Korea
Seoul, officially the Seoul Special City, is the capital and largest metropolis of South Korea.
Seoul has been described as the world’s “most wired city”, ranked first in technology readiness by PwC’s Cities of Opportunity report. Seoul has a very technologically advanced infrastructure. The city is among the world leaders in Internet connectivity, it has the world’s highest fibre-optic broadband penetration and the highest global average internet speeds of 26.1 Mbit/s. In some apartment buildings, internet speeds reach up to 52.5Gbit/s.

Bangalore, India
Bangalore, officially known as Bengaluru is the capital of the Indian state of Karnataka.
Bangalore is widely regarded as the “Silicon Valley of India” (or “IT capital of India”) because of its role as the nation’s leading information technology (IT) exporter. Around 47% of the 265 biotechnology companies in India were located in Bangalore. Bangalore’s IT industry is divided into three main clusters – Software Technology Parks of India (STPI); International Tech Park, Bangalore (ITPB); and Electronics City.

The year 2020 was defined by a global pandemic that had the world on a standstill. It was probably...

The Federal Government is contemplating partial commercialisation of existing national parks in...

What is tourism? Why is it so important?

Kandima Maldives Beach The word 'tour' comes from the Latin word 'turns', which means a tool for...