Will Travel For Food: Eden Grinshpan

When it comes to food Eden Grinshpan is a creator, critic and innovator. She’s the co-founder and executive chef of DEZ, a middle eastern fast-casual restaurant in New York City’s Nolita, the host of Top Chef Canadaand will be releasing her first cookbook next year. Always seeking out new flavors, she’s traveled the globe and sampled some of the world’s best dishes. Naturally, I had to ask her about her favorite food destination — here’s where she likes to travel for the food. 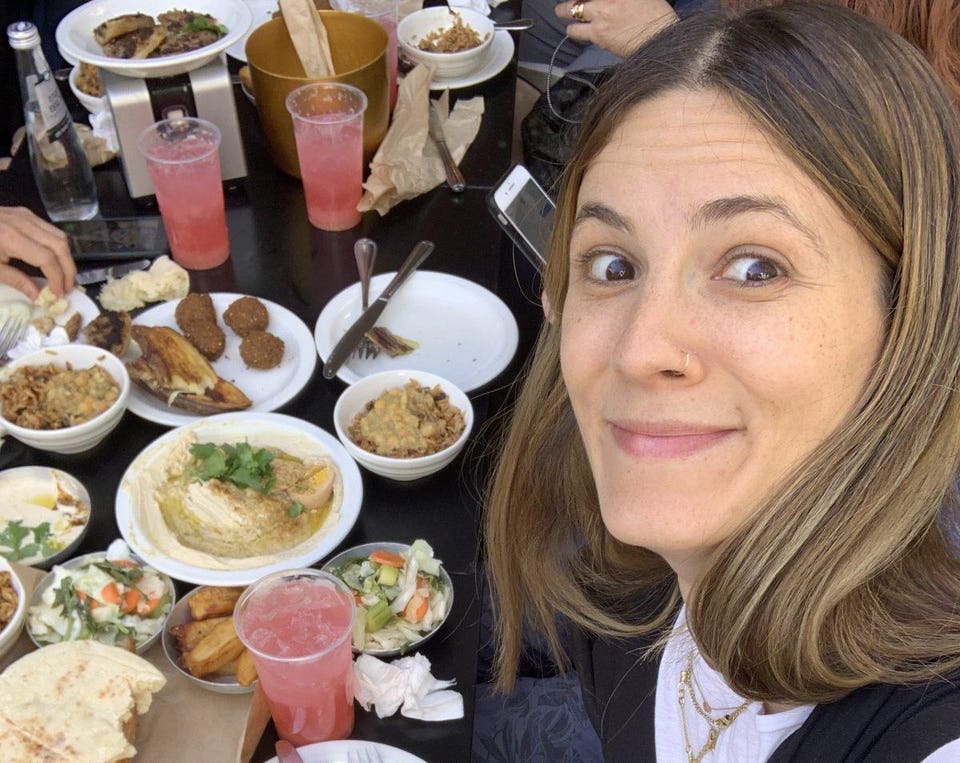 What flavors/spices/textures define the cuisine of this place?

I think Israeli cuisine is influenced by so many countries and cultures, as well as by the people who emigrated there. Within the last ten years, the cuisine has honestly just taken off. In terms of flavors, I love anything that’s charcoal-grilled. I love walking through the market which smells of charcoal, lamb meat and grilled lamb fat. When I’m there I always get a kebab. I grew up close to Shuk Ha’Carmel in Tel Aviv, where you could smell the herbs and spices in the air. I would always go down there when I was in Israel and I would shop with my bubby and go ham on all the ingredients. So for me, I would say the most important flavors are charcoal-grilled anything, herbs, spices, and fresh bread because there’s a lot of bakeries in the market.

What’s a can’t-miss dish there? What’s in it?

My uncle owns a store called Emanuel on Shanken at Shuk Ha’Carmel and nearby there’s this Turkish family that makes the most incredible bourekas. They’re made with a thin, rolled-out phyllo dough which can be filled with so many different things. I love salty cheese in there and it comes with a hard-boiled egg and crushed tomatoes. You can also get a hot sauce with it and they always have fresh lemonade that you can drink. They have really perfected the bourekas. For me, it’s the place I take everyone that comes and visits.

I think a newer place that really stands out to me is Hakosem, in English the name means magician. If you’re going to open up a falafel, shawarma or pita spot in Israel right now and have huge lines, while not being one of those famous traditional places, that’s a huge thing to achieve. He’s has been able to master all of those traditional dishes that people love like sabich, shawarma and falafel. Everything he does, he does exceptionally well.

Where do you like to go to eat and why?

North Abraxas is one of my favorite restaurants go to and we always go there on date night. You have to sit at the bar and the energy and the vibe in there is unlike any other restaurant. The waitstaff and everyone that works there is just fun and lively, and they give you free chasers, which are half shots. They’ll burn sage and the bar is attached to an open kitchen. You watch beautiful fresh bread coming out the oven and you’re seeing all the food’s being cooked in front of you. You feel like you’re really part of the action. When you go, sit at the bar and order as much as you can possibly stuff into your mouth – try it all!

Another restaurant that I like is also called Port Said which is more casual. Eyal Shani just has such an incredible way of treating and handling produce in Israel. It’s just about perfecting simple techniques that elevate those flavors so beautifully. 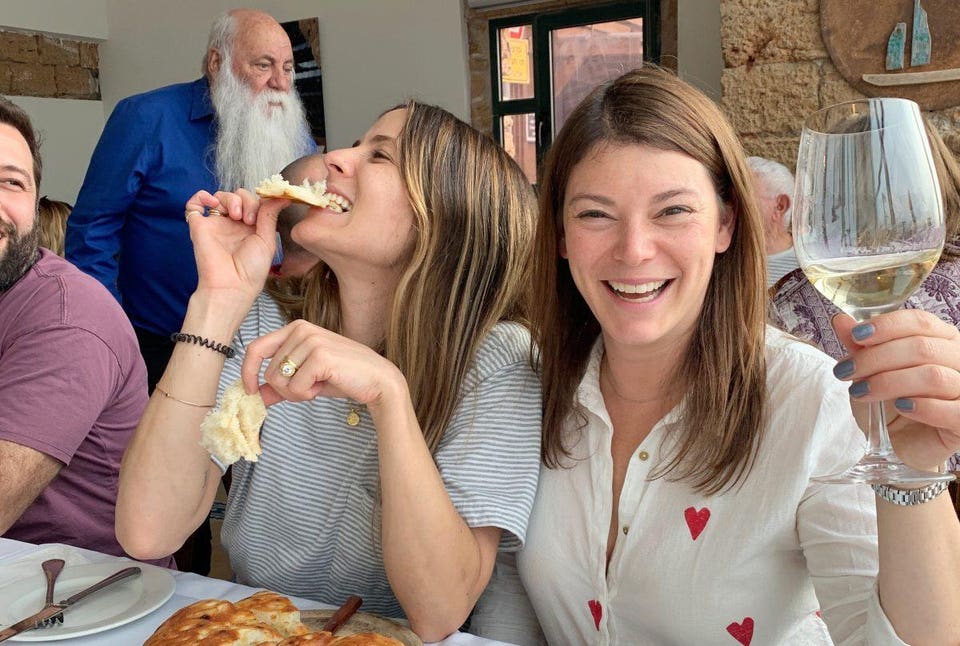 Have you brought any flavors/dishes back with you and incorporated them into your own recipes? If so, which ones?

I have a restaurant and Nolita called Dez and it’s a Middle Eastern fast-casual restaurant. It was absolutely inspired by my time growing up in Israel. I’m also working on my first cookbook that’s coming up called 2020, and it’s also Middle Eastern-inspired foods.

In terms of flavors, I love to use amba, and I have a hard time not putting aleppo or sumac on every dish that I make. I also try to make my schnitzels as thin and as crispy as possible. I’m working on a traditional Israeli toast that you would eat at the beach with sesame, but I’m going to be making a grilled cheese version with sesame and nigella inside for the book. All of my inspirations come from my time there, they’re just either elevated or actually simplified versions of those dishes.

What’s your favorite food memory of this place?

It would have to be the boureka at Shuk Ha’Carmel. I like going and spending a day in the Shuk, it’s just so fun. I’m always so excited to get a boureka with salty cheese. Some people like potato, some eggplant, but for me to eat that crispy, crunchy, flaky dough with the salty cheese and egg, it’s just so good. It’s ridiculous.